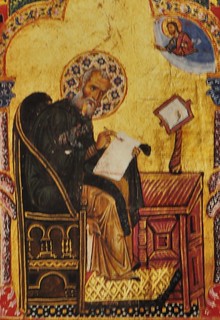 One aspect found in Patristic writings is that the authors always viewed God through the lens of “God is love” (1 John 4:8, 16).   This was considered to be an unvarying, non-negotiable truth, never up for interpretation or revision.  So all the passages in Scripture in which God appears to be only just or even cruel or capricious were viewed by them through the lens that God is love.  They felt the problem was not God appearing to be different in different bible passages, but our inability to understand God or to read the Scriptures correctly.  We are limited, one-sided creatures, and so we write about God and interpret Scripture to mean that God is something other than love.  We even have a need for this at times to justify our own actions.  These Patristic writers, however, felt we had to hold to the truth that God is love even when that truth seems to conflict with what the Scriptures literally say.  The very fact that God is Trinity, testified to them all that God is love, for the Three Persons of the Trinity abide in a unity of love.  They felt the literal reading of the text was the problem, God remained love no matter how we read the text.  So we see St. Gregory the Theologian (d. 389AD) reading the passage in Genesis 3 where Adam is expelled from Paradise and in which death becomes part of human existence.  While reading the words of the passage, he still sees the text as bearing witness to the love and mercy of God.  He does not see this as a passage about God’s justice and anger, but rather how God limits evil in our lives.  Death prevents us from sinning eternally.  Death prevents us from moving away from God forever.  Death prevents sin and evil from becoming eternal powers in our lives.  Thus for St. Gregory, even when God appears to punish, it turns out to be another form of God’s love and mercy.

“This being (man) He placed in Paradise, having honored him with the gift of free will (in order that God might belong to him as the result of choice); naked in his simplicity. Also He gave him a law, as a material for his Free Will to act upon. This Law, was a commandment as to what plants he might partake of, and which one he might not touch. This latter was the The Tree of Knowledge. But when the Devil’s malice and the woman’s caprice, to which she succumbed as the more tender, brought to bear on the man, he forgot the commandments which had been given him, he yielded; and for his sin he was banished, at once from The Tree of Life, and from Paradise. Yet here too he makes a gain, namely death, and the cutting off of sin, in order that evil may not be immortal. Thus punishment is changed into a mercy; for it is in mercy, I am persuaded, that God inflicts punishment.”  (Gregory of Nazianzos, On the Birthday of Christ, p 7) 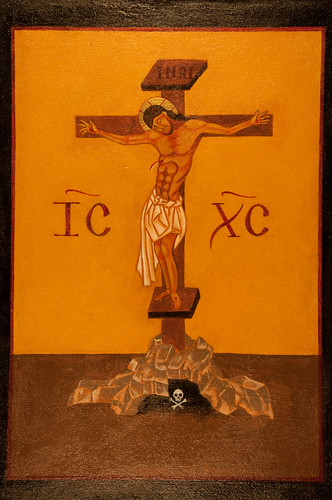