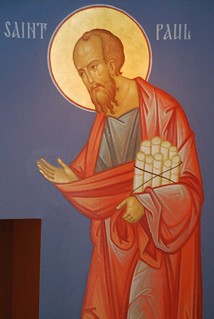 In every period of history since the time of our Lord Jesus Christ, some Christians have found themselves living in perilous times.  St Paul in his epistles describes the endless threats and actual suffering he endured.  Christians suffered persecution from the Roman Empire, from Persians, from Arab Muslims, Turkish Muslims, from Tartars, from communists and at times from other Christians.   Scripture scholar Richard B. Hays says St Paul actually pictured all times on this earth, as long as we await the parousia (the end of history and this world), as being a perilous time for believers.  Despite the appearance of the incarnate God in Jesus the Messiah, we still live in a world which is a spiritual battlefield, in which Satan and evil have not yet been fully defeated.  For St Paul the struggles of Israel in the Scriptures foreshadows the trials Christians face in the world.

“Paul regards the present as a time out of joint, an age riddled with anomolies: despite the revelation of the righteousness of God, human beings live in a state of rebellion and sin, and Israel stands skeptical of its appointed Messiah. Under such circumstances, God’s justice is mysteriously hidden and the people of God are exposed to ridicule and suffering, as Israel learned during the period of exile. Paul’s pastoral task thus entails not only formulating theological answers to doubts about God’s righteousness but also interpreting the suffering that the faithful community encounters during this anomalous interlude.  […]  The point is not that ‘righteous people have always suffered like this;, rather, Paul’s point in Rom. 8:35-36 is that Scripture prophesies suffering as the lot of those (i.e. himself and his readers) who live in the eschatological interval between Christ’s resurrection and the ultimate redemption of the world. Thus, in this instance as in many others that we will examine subsequently, Paul discerns in Scripture a foreshadowing of the church.”(Echoes of Scripture in the Letters of St. Paul, pp 57-58) 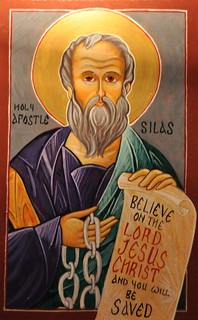 If we follow the teachings of St Paul, we are given a framework in which to understand the current age.  The present is not more perilous than the past for Christians, it just is our time to face the perils which have always been a threat to Christians.  As Christians living in this world we must always remember that times of prosperity are as dangerous to our spiritual lives as our times of peril.   The world is not made less under Satan’s power by prosperity!

American elections do not usher in the Kingdom of God nor do they thwart God’s Kingdom.   Even in America, we live in this world, a world still under Satan’s influence, a fallen world – no matter who is president, this is our reality.  We live in the same world that all Christians have since the time of Christ: a world created as good by a loving Creator, one which has fallen under the power of sin, death and Satan, and yet which is redeemed by Christ the Savior.  This is why we have hope and joy no matter what is happening in worldly politics.

“Fear not, little flock, for it is your Father’s good pleasure to give you the kingdom.  Sell your possessions, and give alms; provide yourselves with purses that do not grow old, with a treasure in the heavens that does not fail, where no thief approaches and no moth destroys.  For where your treasure is, there will your heart be also.”  (Luke 12:32-34)