“The Feast of Christmas on 25th December developed in the West at the beginning of the fourth century. The Christian celebration of the birth of the Sun of Righteousness (cf. Malachi 4:2) soon spread from Rome and was well established in the Eastern empire by the late fourth century, although it was not until the sixth century that the Feast was fully accepted in Palestine. This celebration of the Nativity of the Lord owes much to the fact that major theological questions about the divinity of Christ had been resolved at the Council of Nicea in 325, and the liturgical texts strongly emphasize Christ’s divinity. 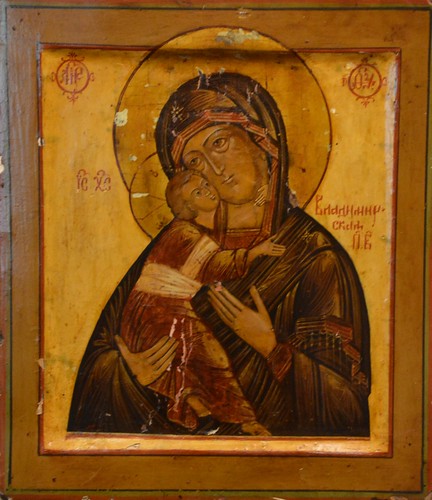 In the historical event of Christ’s birthday, the Lord’s humanity is quite obvious, but the Feast is not only about a human birth; it is about the human birth of the second Person of the Holy Trinity and the implications of the Incarnation for the salvation of the world. There is constant interplay in the texts between the visible details of the event and the invisible reality of what is taking place as God the Son, the eternal Word, takes flesh in the womb of the Virgin Mary and is born at Bethlehem.” (John Baggley, Festal Icons of the Christian Year, p 31)