Therefore I tell you, her sins, which are many, are forgiven, for she loved much; but he who is forgiven little, loves little.”  (Luke 7:47) 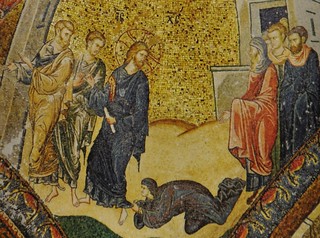 Even if there had been only one human who ever sinned, died and went to Hades, Christ would have become incarnate, died on the cross to save that person.   Jesus is the Good Shepherd and would leave the 100 billion who never sinned to find that lost sheep.  Christ would do this because He is God, and God is love.  God loves every single human being who has ever come into existence.

If you were the only one who ever sinned, Christ would die on the cross to save you from your sin and death, because He loves you.  It is true that God loves humanity, but that love is always personal.  God loves you, not just humanity.  God may love you because you are human, but God loves you personally. 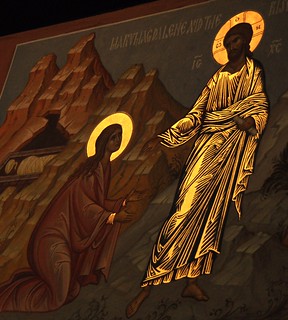 The Son of God dies for you, not just for humanity, on the cross.  Christ is willing to go to hell even for one sinner.  His love is that personal.  He comes to call you by name to raise you personally from sin and death.  We may exalt Christ for dying because of the sins of the world, but He dies for my sins, even if they are the only sins in the world.

It matters little how many or how few sins others commit.  Christ’s love is for you personally, He dies on the cross because of and for your sins and to give you eternal life.

Christ seeks each sinner personally.  So in Lent when the hymns of repentance paint “me” as being the foremost or chief among sinners, or of having sinned more than David the adulterous murderer or anyone else, they are also pointing out that even if that is true, Christ still loves me and dies for me and raises me up from hell itself.

As St. Gregory the Theologian confesses about Christ: “For He pleads even now as man for my salvation . . .”  (ON THE TREE OF THE CROSS, Editors: M Baker, S Danckaert, N Marinides, p 12)

However grave or great my sins may be, Christ still loves me enough to die for me and to continue to intercede before the Father on my behalf.  The hymns which portray “me” as a great sinner are also, and more so, pointing out the greatness of God’s love for me.

I need only to accept His love, and renounce my sins and my sinfulness.

One of the Pharisees asked him to eat with him, and he went into the Pharisee’s house, and took his place at table. And behold, a woman of the city, who was a sinner, when she learned that he was at table in the Pharisee’s house, brought an alabaster flask of ointment, and standing behind him at his feet, weeping, she began to wet his feet with her tears, and wiped them with the hair of her head, and kissed his feet, and anointed them with the ointment. 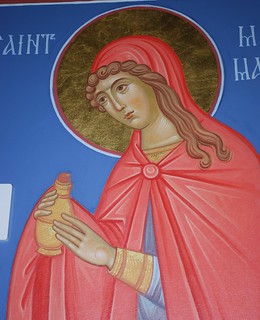 Now when the Pharisee who had invited him saw it, he said to himself, “If this man were a prophet, he would have known who and what sort of woman this is who is touching him, for she is a sinner.” And Jesus answering said to him, “Simon, I have something to say to you.” And he answered, “What is it, Teacher?” “A certain creditor had two debtors; one owed five hundred denarii, and the other fifty. When they could not pay, he forgave them both. Now which of them will love him more?” Simon answered, “The one, I suppose, to whom he forgave more.” And he said to him, “You have judged rightly.” Then turning toward the woman he said to Simon, “Do you see this woman? I entered your house, you gave me no water for my feet, but she has wet my feet with her tears and wiped them with her hair. You gave me no kiss, but from the time I came in she has not ceased to kiss my feet. You did not anoint my head with oil, but she has anointed my feet with ointment. Therefore I tell you, her sins, which are many, are forgiven, for she loved much; but he who is forgiven little, loves little.”  (Luke 7:36-47) 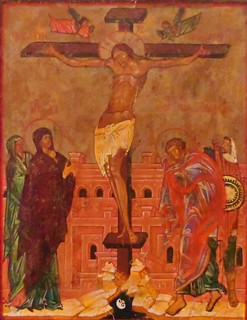 If I feel I have sinned little or rarely, then I do not feel much need for Christ.  I will therefore love little, as Christ predicts.  Only when I see myself as the foremost of sinners will I be able to love as Christ loves me.  When I realize that even if I were the only sinner, Christ would die for me – then do I realize the depth of His love for me.  Then I realize how grave my sins really are – not compared to what sins I might commit – but the price that is paid for them:  the death of God the Son on the cross. The Son in His love continues to ask God to forgive me my sins.