The sense of the presence of God.  Something I pray everyone I know may have.  I wish everyone in the world could have it. 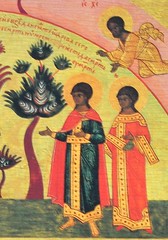 In Paradise, Adam and Eve lived in the presence of God, they would consciously have to ignore God, intentionally block God from their hearts/minds, not to be aware of God. Literally, they  lived in His presence, in the Paradise in which God was the gardener.  They were protected by God and so nothing could hurt them.  And yet Eve, and Adam chose to banish God from their thinking.  They expelled God from their lives in order to experience the world without God’s presence.  They felt they could think more clearly if not living in that bright cloud in which God speaks (see Psalm 99:7; Matthew 17:5). [Note – in Paradise, Satan knew he could not harm God’s creatures; they were protected by the Almighty Creator.    Humans could be harmed only if they did it to themselves by choosing to wean themselves away from God.  Satan does not make Eve or Adam do anything.  In Genesis 3, Satan only hints and suggests, he never even tells Eve or Adam what to do.  They make those choices of their own free will and to their own demise.  Satan has no power over Adam and Eve, and if we Orthodox would follow our own prayers at the baptismal exorcism, we would realize that like Adam and Eve in Paradise, Satan has no power over any sealed, enlisted warrior for Christ.] 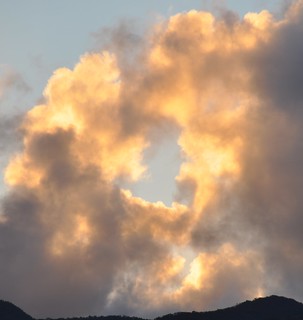 How was it possible to exile God their Creator from the world which God had made?  And yet the first humans did just that – they created some kind of limit to God, blocking God from their own sensory experience, so they could chose for themselves apart from God.   Amazing!  Yet, we all – every human being – have that same power: each of us can put God out of mind, can function as if God does not exist, can forget God completely in our daily lives. 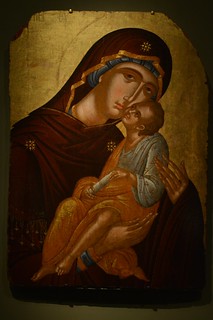 God for God’s part has chosen to limit His own omnipotence.  When God created human beings with free will, the Almighty chose to limit divine power.   God allowed creatures to think apart from divinity and to make choices against God’s own will.   Clearly in Scriptures, God limited His own powers – in the burning bush for example.   God reveals that being all powerful means even being able to limit that power.   The burning bush was simply a foreshadowing of the real intention of God’s limits –  the incarnation in the womb of Mary in which the uncontainable God limits His presence and powers. One of the powers of the almighty God is to limit His own omnipotence!  Mary as Theotokos is both the mystery of God limiting His own omnipotence as well as the miracle of a human being able to contain divinity.

If we want to live in a world in which God’s power is limited – which we chose when we chose like Eve and Adam to follow our own will rather than God’s – God is willing to be at work in that world as well since it is still part of God’s own creation.  The Old Testament in which God appears in shadows and is veiled in mystery is the history of God limiting His almighty self in order to deal with us on our terms.  In giving us free will, God decided to deal with us on our terms for He certainly did not predestine our choices.  Just look at Genesis 2:19 –  “So out of the ground the LORD God formed every beast of the field and every bird of the air, and brought them to the man to see what he would call them; and whatever the man called every living creature, that was its name.”  God even waits to see what Adam will call each species of animal.  God doesn’t predetermine even such a simple thing as the names of the animals He creates.  Humans have a creative role to play and they do choose and determine many things for themselves and for all creation.  [At least in Genesis of the Jews and Christians.  In the Quran, conversely, God determines everything, even the names of the animals.  Adam’s task is simply to memorize what God has predetermined the names of the animals to be.  Adam is not a creative being, but merely an obedient one in Islam’s creation story.  God tests Adam to see if he has in fact memorized what God has done.  Unlike in Islam, in Judaism and Christianity, humans have clear free will from the beginning and God observes what the humans choose – God’s love means the almighty God exercises restraint over God’s own omnipotence.]

The world of the Fall is a world in which God has limited His omnipotence, in which we do not always or automatically sense God’s presence.  We are not guaranteed His protection either, for example,  God does not protect us from the consequences of our own behavior.

And yet, God continues to love us and care for us and to work out His plan for our salvation.  Law, prophets, promises, saints, miracles – all were given to us to help us be aware of God’s presence.  The Old Testament is the witness to God’s continual and uninterrupted love for us humans.

Today, we also have Holy Communion for those united to Christ in baptism and chrismation.  The Eucharist is God’s gift to us to enable to further experience God’s own presence in our world, in our lives, as God works out His plan for the salvation of the world. 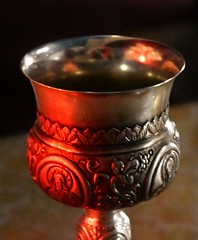 In the midst of a broken, fallen world, we experience grace in Holy Communion.  For in the Eucharist God is present in creation in a way which wasn’t even true in the Paradise of Adam and Eve.  We can become aware again of God’s abiding presence in His creation.  We can experience God directly and fully.  We are not alone in the world, we are not without divine help and protection.   Throughout Lent with our increased opportunities for receiving the Eucharist, we have ever more reason to be thankful and joyful and hopeful. We are not completely cut off from God, we are not orphans without a heavenly Father.  Every time we come to church, we are placing ourselves in the presence of God.  We can experience God in creation as well, but in Church we have the special gifts from God of the Body and Blood of Christ.  Christ in our midst and Christ in us.  As we pray at the Liturgy of the Presanctified Gifts [emphasis is mine and not in the text] :

Look upon us, Your unworthy servants who stand at this holy altar as the Cherubic throne, upon which rests Your only-begotten Son and our God, in the dread Mysteries that are set forth. Having freed us all and all Your faithful people from uncleanness, sanctify all our souls and bodies with the sanctification which cannot be taken away, that partaking with a clean conscience, with faces unashamed, with hearts illumined, of these divine, sanctified Things, and by them being given life, we may be united to Your Christ Himself, our true God, Who has said, “Whoever eats My flesh and drinks My blood abides in Me, and I in him,” that by Your Word, O Lord, dwelling within us and sojourning among us, we may become a temple of Your all-holy and adorable Spirit, redeemed from every diabolical wile, wrought either by deed or word or thought, and may obtain the good things promised to us with all Your saints who have been well-pleasing to You. 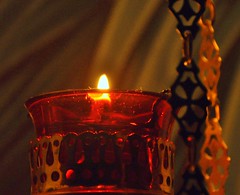