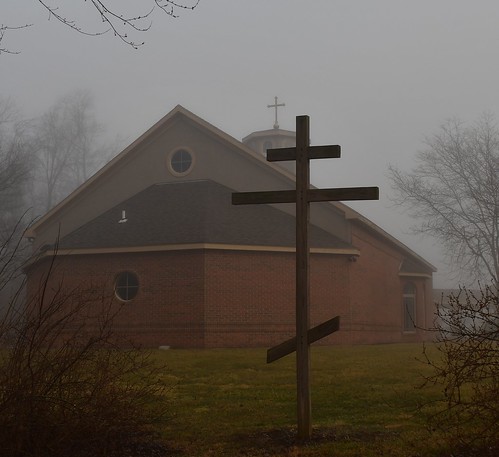 “The Cross is the Weapon of Peace, we sing. Yet, despite the militaristic overtones, the Cross is not simply a more mighty or powerful weapon in some kind of divine arms race! No, it is the weapon of peace, it is a weapon which doesn’t resort to greater fire-power to blow apart our enemies in a cycle of violence, but rather brings that cycle of violence to an end, ushering in the peace of God for those who are prepared to live by it.

When someone strikes or offends us, Christ does not direct us to hit back or retaliate, but to turn the other cheek, to bear one another’s weaknesses, not so that we can be beaten some more for the sake of it, but to take upon ourselves the anger that is in the other person, to neutralize it, to put an end to it, as Christ himself did, the blameless lamb led to the slaughter, or rather going willingly, taking upon himself the sin of the world. 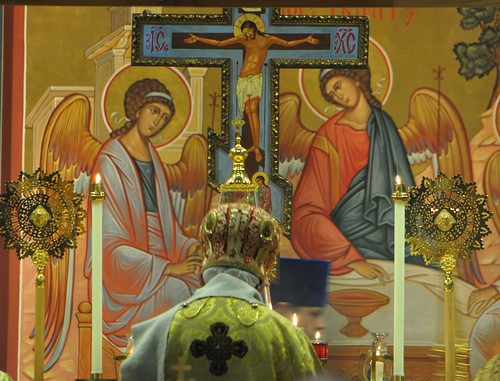 This is not simply a matter of being passive, but rather being passive actively, creatively, and being creative in the most divine way possible–for it allows God to work in and through us, rather than just doing whatever it is we ourselves can come up with.

But God can only work through us if we ourselves take up the Cross and live by it, for if we do so–dead to the world–we will already, now, be in the peace of God, untroubled by anything the world throws at us, and the peace that we will know will spread through us to all those around us. 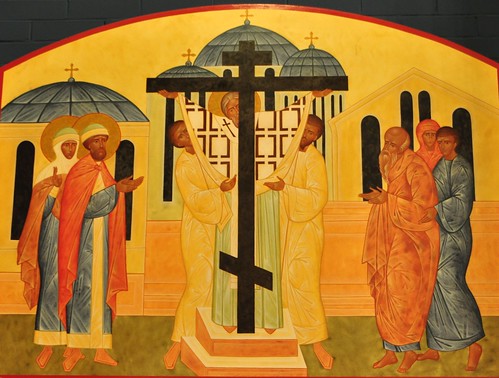