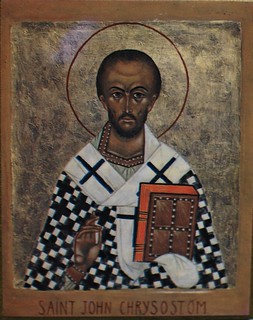 In the book Living Icons: Persons of Faith in the Eastern Church (page 124), Michael Plekon, building upon the writings of Paul Evdokimov, notes:

“For every Christian, the sacraments of initiation confer the dignity of prophet, priest and king. Every profession and state in life can be a form of this universal priesthood. In the liturgy, such a priest ‘makes of everything a human offering, a hymn, a doxology’. Then, in daily life, in the ‘liturgy after liturgy’ of St. John Chrysostom, such a Christian is

‘freed by his faith from the “greater fear” of his twentieth century, fear of the bomb, of cancer, of communism, of death; [his] faith is always a way of loving the world, away of following his Lord even into hell. This is certainly not a part of a theological system, but perhaps it is only from the depths of hell that a dazzling and joyous hope can be born and assert itself. Christianity in the grandeur of its confessors and martyrs, in the dignity of every believer, is messianic, revolutionary, explosive. 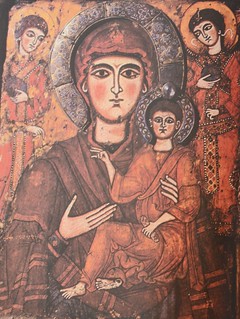 In the domain of Caesar, we are ordered to see and therefore to find what is not found there—the Kingdom of God. This order signifies that we must transform the form of the world, change it into the icon of the Kingdom. To change the world means to pass from what the world does not yet possess—for this reason it is still this world—to that in which it is transfigured, thus becoming something else—the Kingdom.’ (Paul Evdokimov)”