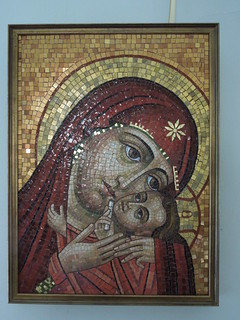 When we think about salvation, redemption, atonement, Christianity says all of this activity of God happens in this world, within our history, in and through us human beings.  God’s plan for salvation may come from all eternity and heaven, but it is realized only in time on earth.   The hymns of Great Lent dealing with redemption remind us how our salvation is worked out through the Virgin Theotokos.

Human nature was counted worthy of God’s revelation
through you, Virgin full of divine grace,
for you are the only mediator between God and man,
rightly glorified by us all as the Mother of God! 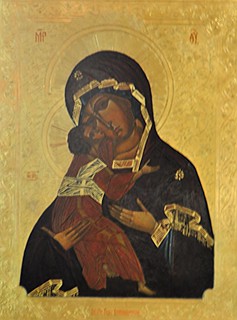 In choosing the Virgin Mary for the incarnation, God shows His love for the world He created. God shows creation, particularly humans are worthy not only of God’s revelation but of union with God.  Mary is the very sign that God sees in her person as well as in her humanity the creation worth saving and capable of being in union with the Creator.  God sees in Mary exactly what God created humans and the world for: to share in the love and life of the Father, Son and Holy Spirit.

Adam’s nature was made divine, Virgin,
when God took flesh without change in your womb!
And we who were deceived of old by the hope of becoming gods
have been set free from the ancient condemnation. 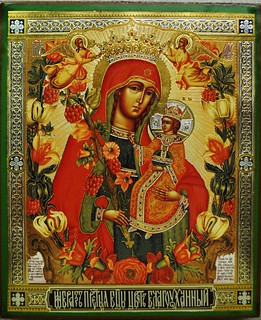 Both of the above hymns are taken from the Canon for the 2nd Sunday of Great Lent.  God is united to humanity in the womb of the Virgin – Adam’s human nature is made divine in the union with God.  Eve was tricked by the Serpent into thinking she could become like God by disobeying God.  In Christ the hope of our being god-like becomes a reality for in Christ God submits Himself to taking on human nature.  Christ, the incarnate God, conforms humanity to God’s will that we would become divine.

A pain causing lesson: we don’t become divine by asserting our will against God but only by submitting our will to God’s will.