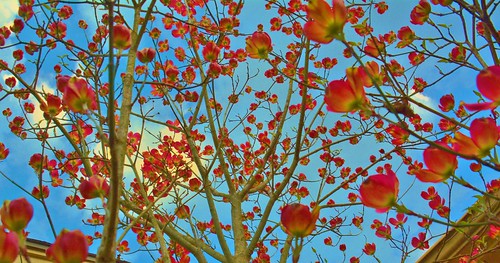 “This is the day of resurrection.  Let us be illumined, O people, Pascha, the Pascha of the Lord.  For from death to life and from earth to heaven has Christ our God led us, as we sing the song of victory.”  (Pascha Matins)

In the book of Exodus, the Passover took the Jews out of  slavery in Egypt and put them on the road to the Promised Land.  Now, Christ who is the new Passover, leads us victoriously, not merely from slavery in Egypt to the Promised Land, but from earth to heaven and from death to life.  Our slavery to sin and death is brought to an end and we are brought to eternal life, where sickness, sighing and sorrow have fled away.  The Exodus of the Old Testament were a foreshadowing and a type of what was to come with Christ. 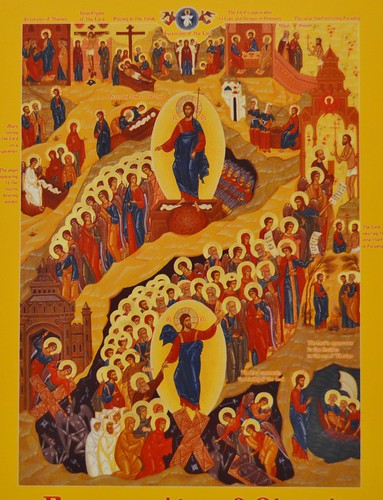 The Jews were commanded to commemorate the Passover each year, not to keep looking to the past, but as a prophecy, promise and reminder of what the Lord was going to do.  Those Christians who want to do a Seder to remember the Old Covenant Passover are looking in the wrong historical direction!  The Passover prepares God’s people for what God was going to do and is doing for all humanity in His Christ.  The Passover is not mostly about what God did for Jewish ancestors thousands of years ago.  Rather it is preparation for the future, for all that God is doing and is about to do for the salvation of all the world.    Even for us Christians, the resurrection – Pascha – is not looking backwards to what God did, but rather always looks forward to what God is doing now to move us to the eschaton, His heavenly Kingdom.

“… that I may know him and the power of his resurrection, and may share his sufferings, becoming like him in his death, that if possible I may attain the resurrection from the dead. Not that I have already obtained this or am already perfect; but I press on to make it my own, because Christ Jesus has made me his own. Brethren, I do not consider that I have made it my own; but one thing I do, forgetting what lies behind and straining forward to what lies ahead, I press on toward the goal for the prize of the upward call of God in Christ Jesus.” (Philippians 3:10-14, emphasis not in the original text)

Christ is risen! Truly, He is risen!