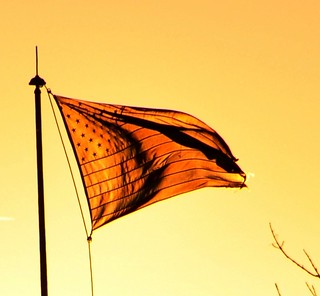 Oh, say, can you see, by the dawn’s early light,

What so proudly we hail’d at the twilight’s last gleaming?

On Memorial Day, I visited the Dayton National Cemetery.  This is the final resting place for several of my parishioners who also served in our nation’s armed forces. 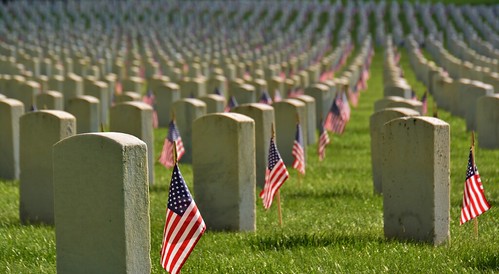 Whose broad stripes and bright stars, thro’ the perilous fight,

One sees the numbers of graves of soldiers in one tiny part of our country, and one realizes the enormity of the sacrifices made by so many.  On so many beaches and battlefronts, countless dreams of young men and women died, disappearing stars in the heavens that will never glitter again – and yet they were extinguished so that the rest of us could see and enjoy the light. 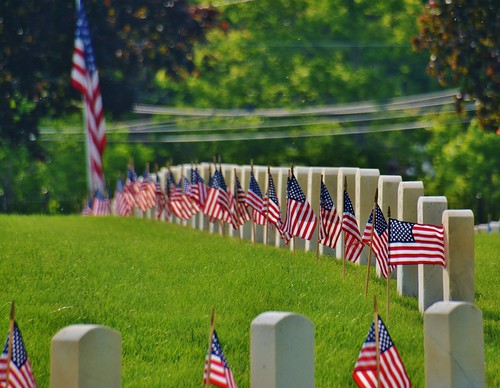 And the rockets’ red glare, the bombs bursting in air,

Gave proof thro’ the night that our flag was still there.

Perhaps  in our flags we still see those stars, the dreams of those who are no longer dreaming about this world.  We must live so that their lives are not simply lost, but are the sacrifices upon which we build a better America.  They gave up their dreams so that we can realize ours.  That is why we need to fight our tendencies to divide and to polarize and instead build up and build together these United States.

O say, does that star-spangled banner yet wave

O’er the land of the free and the home of the brave?

Each grave is individually marked by a small flag, but it is the same flag no matter how different the people.  And in the cemetery, no matter how different they were in life or how they disagreed, now they rest in peace together under that same one flag.  We the living need to work together so we can enjoy the peace for which they sacrificed.  They are free from the tyranny of the world and from passions.  We need to struggle against those same tyrannies. 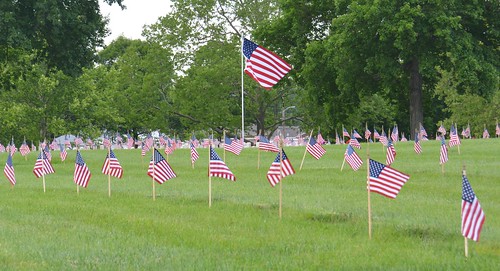 One thought on “Twilight’s Last Gleaming?”