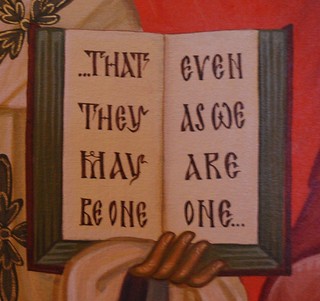 Christos Yannaras in his book, Against Religion, offers some critical analysis of trends in how Orthodoxy is being practiced today.  He notes that in the modern world, Orthodoxy’s love of monasticism and hesychasm gets entangled with Western civilization’s apotheoses of the individual above and against everything else in the universe.  The result is a hybrid which makes the individual everything, no longer truly needing anything but the self for attaining salvation.  The modern Western Christian steeped in extreme individualism believes hesychasm is identical to individualism.  Whereas Christianity is a religion of relational beings, calling all people to love one another, and placing salvation within this matrix of loving relationships.  Being fully human means not becoming isolated from or alienated from all other humans, but learning to live in love just as the Three Persons of the Trinity live a perfect union of love.  Yannaras says the result is “religionization” – where each person works out their salvation independently of all others rather than interdependently.  He writes:

It reduces Christianity to religious practices – whether pious, moral, liturgical, ritualistic, or dogmatic.  As long as I am doing the right thing, I don’t need anyone else for my salvation.  It neglects the main teaching of Christ to love others as He loves us because it says as long as the individual does things correctly or perfectly, they earned salvation.  One doesn’t work out one’s salvation in terms of loving others, but purely in perfecting the self. 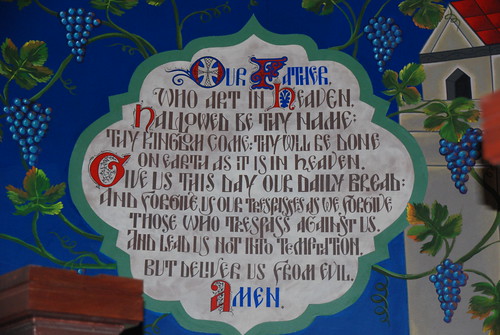 Yet, when the disciples asked Jesus to teach them to pray, he taught them to pray in one mind yet as community – “OUR Father….”  And the prayers of the Liturgy are almost always in the plural:  “Let US pray to the Lord.”  Our salvation is placed within the community of the people of God.  Moses, beloved of God, totally understood himself in relationship with the people of God.  Even when the people rebelled against Moses and against God, Moses tells God that he doesn’t want to be saved apart from the people [who were, by the way, wanting to stone Moses to death].

So Moses returned to the LORD and said, “Alas, this people have sinned a great sin; they have made for themselves gods of gold. But now, if thou wilt forgive their sin—and if not, blot me, I pray thee, out of thy book which thou hast written.” (Exodus 32:31-32) 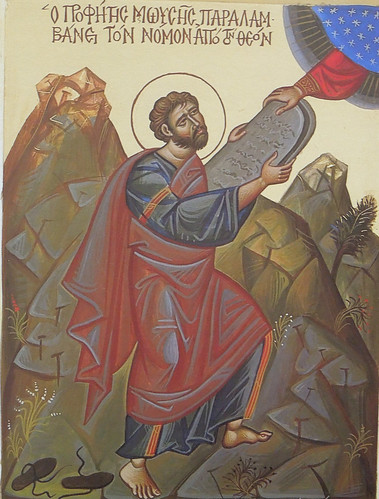 Yannaras continues with his criticism of the individualization that results from “religionization“:

“Nothing collective is presupposed in the religious version of piety or of salvation – neither community, which is the body of relations of communion that assembles at the eucharistic meal, not participation in this assembly, nor the seeking of salvation in a change of mode of existence: the passing over from the natural urge of self-preservation/sovereignty to loving self- transcendence and self-offering.” (p. 98)

The early Church understood completely the dictum: “One Christian is no Christian.”  One can only be a Christian by loving others and working out one’s salvation in relationship to and with Christ and His fellow disciples.  Christianity is not a religion which endeavors to create isolated and alienated individuals.   One cannot be a Christian alone, but becomes a Christian by imitating Christ and washing the feet of the disciples.  Christianity restores the person to a proper relationship with God, with others, with all creation.  It is not trying to enlarge the self-centered ego to exclude all others, but to help the individual be part of that which is greater than the self – the Church, all of humanity, the cosmos and of God.  Christianity leads us away from the emptiness of self-love to the spiritual growth which occurs as a result of living in love with others.  We are never saved alone, for in the process of becoming Christian we become a member of Christ’s Body together will all other believers.  We live not for our self alone, but to bring everything together in Christ for the salvation of all. [see also my blog The Need for Christ].

We become fully human – fully Christian – only in fellowship and communion with the people of God.   We may experience in life the feeling that we alone are being faithful to God, but this does not reflect the reality of the world.

Do you not know what the scripture says of Elijah, how he pleads with God against Israel? “Lord, they have killed thy prophets, they have demolished thy altars, and I alone am left, and they seek my life.” But what is God’s reply to him? “I have kept for myself seven thousand men who have not bowed the knee to Baal.”  (Romans 11:2-4)