In the United States, July 4 is celebrated as Independence Day which many Americans consider to be the very basis for personal freedoms.  We can as Christians look at history to see how Christians in past Centuries (long before there was a United States) understood the notion of freedom.  One expression of Christian freedom which grew rapidly after the establishment of the Christian Roman Empire is monasticism.  Monastics, among other things, wanted to be able to practice their faith fully, without state interference and without being influenced by the masses of Christians who the monks felt practiced a watered-down version of Christianity.  For these monastic Christians, the monasteries and the deserts into which they fled, leaving behind the Christian state, offered them freedom.  Certainly we can recognize the value of some of the freedoms they sought.

“The telos of the monks’ life in the desert was freedom: freedom from anxiety about the future; freedom from the tyranny of haunting memories of the past; freedom from an attachment to the ego which precluded intimacy with others and with God. They hoped also that this freedom would express itself in a positive sense: freedom to love others; freedom to enjoy the presence of God; freedom to live in the innocence of a new paradise. The desert fathers’ aspiration toward freedom expressed itself in many different guises and touched upon various levels of their lives. They drew heavily upon biblical images to articulate their hopes, focusing on such New Testament ideas as “not being anxious about anything (Mt 9:25),” “not worrying about tomorrow (Mt 6:34),” “seeking first God’s kingdom (Mt. 6:33),” believing in the limitless goodness of God (Mk 9:23), and on what the Psalms call “casting one’s cares upon the Lord (Ps 54:23).” Taken altogether, these images comprise a montage expressing the ultimate goal of renunciation and detachment for the desert fathers: freedom from worry, anxiety, and care, born of a sense of total dependence upon and confidence in God.” (Douglas Burton-Christie, The Word in the Desert, p. 222) 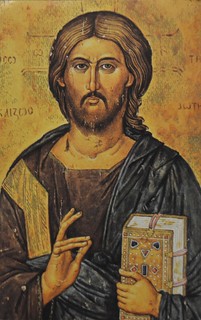 They felt themselves freed of worldly values and norms and able to live completely in and for the Kingdom of God.