Since having Christmas in July (sales!) is popular these days, we can think what this means for us Christians. 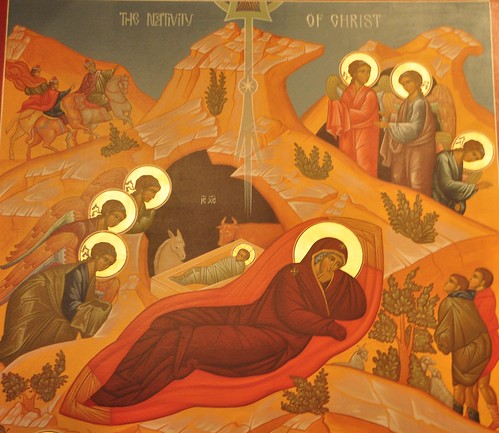 “He did not change place, nor did He penetrate or pass over a wall, but, as He Himself showed, He left no barrier standing which could separate us from Him. Since God occupies every place He was not separated from man by place, but by man’s variance with Him. Our nature separated itself from God by being contrary to Him in everything that it possessed and by having nothing in common with Him. God remained Himself alone; our nature was human, and no more. 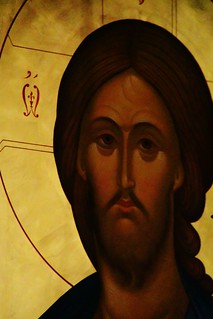 When, however, flesh was deified and human nature gained possession of God Himself by hypostatic union, the former barrier opposed to God became joined to the Chrism. The difference gave way when God became man, thus removing the separation between Godhead and manhood. So chrism represents Christ as the point of contact between both natures; there could be no point of contact were they still separate.”  (St. Nicholas Cabasilas, The Life in Christ, pp. 104-105)

It is not living on earth which separates us from God – it is our own freely chosen sins which separate God from us.  Christ in the incarnation shows divinity is united to our humanity.  We are capable of bearing God in our selves, our bodies, our lives!  We are not separated from God by space or distance, but only by our wills.  God stands at the door of our hearts and knocks waiting for each of us to invite Him into our lives, our hearts and our homes. 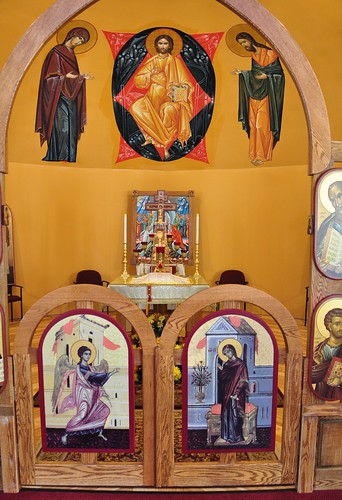 “Those whom I love, I reprove and chasten; so be zealous and repent. Behold, I stand at the door and knock; if any one hears my voice and opens the door, I will come in to him and eat with him, and he with me. He who conquers, I will grant him to sit with me on my throne, as I myself conquered and sat down with my Father on his throne.”  (Revelation 3:19-21)