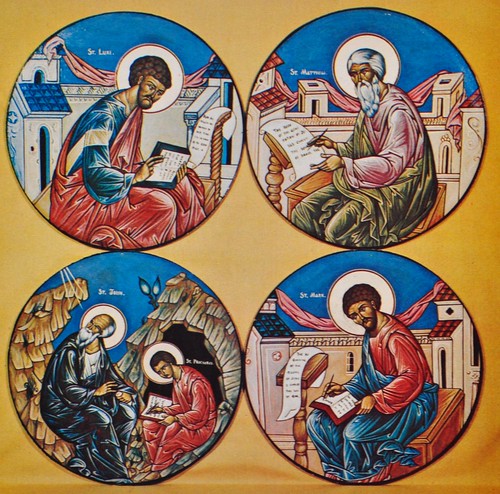 “So, for Irenaeus, both the true apostolic tradition maintained by the churches, and the apostolic writings themselves, derive from the same apostles, and have one and the same content, the Gospel, which is itself, as we have seen, ‘according to the Scripture.’  ‘Tradition‘ for the early Church is, as Florovsky puts it, ‘Scripture, rightly understood.’ Irenaeus’ appeal to tradition is thus fundamentally different to that of his opponents. While they appealed to tradition precisely for that which was not in Scripture, or for principals which would legitimize their interpretation of Scripture, Irenaeus, in his appeal to tradition, was not appealing to anything else that was not also in Scripture. Thus Irenaeus can appeal to tradition, to establish his case, and at the same time maintain that Scripture itself, using its own hypothesis and canon.”  (John Behr, Formation of Christian Theology: The Way to Nicea, p. 45)