The Lord Jesus’s parable of the poor beggar Lazarus and the heartless rich man found in Luke 16:19-31 is well known. 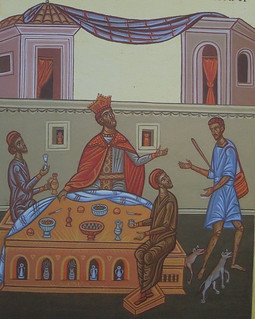 There was a certain rich man who was clothed in purple and fine linen and fared sumptuously every day. But there was a certain beggar named Lazarus, full of sores, who was laid at his gate, desiring to be fed with the crumbs which fell from the rich man’s table. Moreover the dogs came and licked his sores. So it was that the beggar died, and was carried by the angels to Abraham’s bosom. The rich man also died and was buried. And being in torments in Hades, he lifted up his eyes and saw Abraham afar off, and Lazarus in his bosom. Then he cried and said, ‘Father Abraham, have mercy on me, and send Lazarus that he may dip the tip of his finger in water and cool my tongue; for I am tormented in this flame.’ 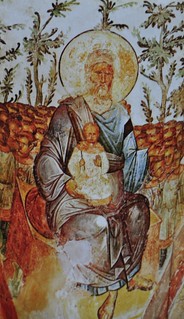 But Abraham said, ‘Son, remember that in your lifetime you received your good things, and likewise Lazarus evil things; but now he is comforted and you are tormented. And besides all this, between us and you there is a great gulf fixed, so that those who want to pass from here to you cannot, nor can those from there pass to us.’ Then he said, ‘I beg you therefore, father, that you would send him to my father’s house, for I have five brothers, that he may testify to them, lest they also come to this place of torment.’ Abraham said to him, ‘They have Moses and the prophets; let them hear them.’ And he said, ‘No, father Abraham; but if one goes to them from the dead, they will repent.’ But he said to him, ‘If they do not hear Moses and the prophets, neither will they be persuaded though one rise from the dead.’”

How the Church has used the parable through the centuries is found in sermons and hymns written through the centuries.   Below is one hymn from the last Wednesday in Great Lent (Palm week) making reference to the parable and showing us what message was received by Orthodox monastics from the parable.   Because the beggar’s name is Lazarus, Orthodox hymns sometimes connect this beggar to Jesus’s friend Lazarus, whom Jesus raised from the dead (John 11) which also explains why the hymn is sung on the Wednesday before Lazarus Saturday.

I am rich in passions and clothed in the deceitful robe of hypocrisy,

and I rejoice in the sins of self-indulgence.

There is no limit to my lack of love.

I neglect my spiritual understanding,

that lies at the gate of repentance,

starved of all good things, sick through want of care. 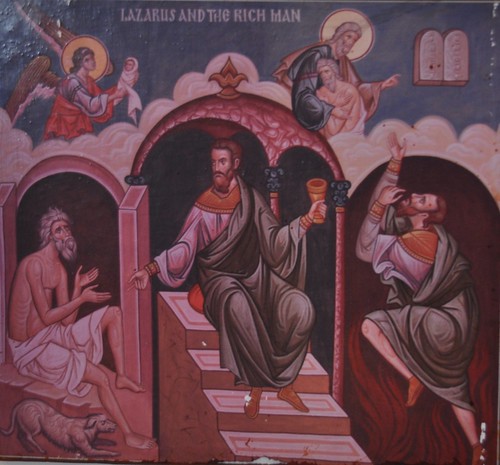 O Lord, make me like Lazarus poor in sin,

that I be not tormented in the flame

that never shall be quenched,

and laid upon my tongue.

But in Thy love for mankind

make me dwell with the Patriarch Abraham.

This Lenten hymn takes the parable, applying it to each of us personally – the hymn is spoken in the first person, “I“.  Significantly, “I” (each of us) is the rich man in the parable.  Our riches are the spiritual gifts which God has given us. The hymn removes any economic or class status message from the parable.    The hymn “spiritualizes” the parable turning the nameless rich man into a symbol of deceit, hypocrisy and self-indulgence – engaged in all the behavior of a sinner.  In the hymn, these sins are about me – how “I” behave.    Lazarus in the hymn is portrayed not as an indigent human but rather allegorized into “my spiritual understanding.”  The hymn is Orthodox spirituality, very Lenten and monastic, so everything is being turned into images of repentance for one’s sinful nature.  The parable in this interpretation is not contrasting two distinct people – a rich man and a poor man –  but is an allegory about “me”.   I am both the rich man (enriched by Christ’s spiritual gifts) and I am Lazarus (with impoverished spiritual understanding).   Lazarus is me, or in the hymn more precisely has become “my spiritual understanding” which lies at the rich man’s gate which is allegorized to be “the gate of repentance.”  It is my own heart and mind which are impoverished because I lack good deeds  and am not merciful and compassionate to others.

The hymn then switches its point of reference – I am to embrace Lazarus’s poverty by becoming poor in sin.  From an Orthodox point of view, worldly wealth does me no good if I’m also rich in sin.  I am to impoverish myself by abandoning all forms of sin in order to be spared the fires of hell.  This interpretation of the hymn avoids any judgment of the rich and also steers away from any class struggle.  The rich man is not being condemned because of his wealth, nor is Lazarus being praised just for his poverty.  The parable itself does not tell us anything about Lazarus being virtuous.  His poverty is not claimed to be voluntary.  The rich man is not accused of having obtained ill-gotten wealth through illicit or sinful means. 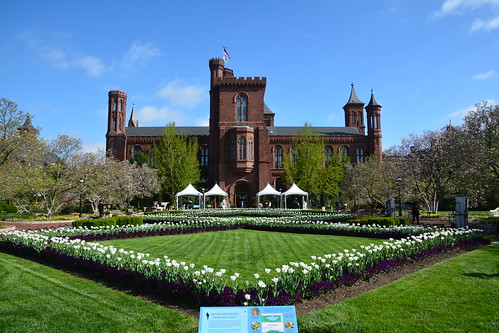 The hymn’s interpretation of the parable completely avoids any judgment of social status or rank.  It is not about class warfare.   The parable is allegorized in the hymn turning it into a monastic lesson about sin, not about showing compassion to the poor or giving charity to the needy.  The interpretation attempts to make the Gospel completely relevant to the monastics for whom the hymn was written – people who at least in theory had completely denied themselves all worldly wealth in order to follow Christ.  The parable is made relevant for those who have chosen poverty by reminding them that poverty is not about one’s social class nor is it about how much you really possess, but rather poverty and wealth are both about one’s spiritual condition.  “Blessed are the poor in spirit“, Jesus teaches.  Spiritual riches and spiritual poverty are not dependent on one’s wealth or possessions.  They are a matter of the heart.