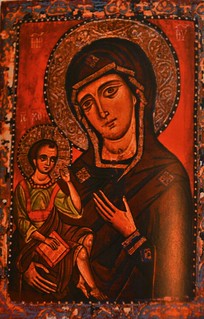 “The union of Christ’s full divinity and humanity is the touchstone of the Orthodox understanding of salvation. The Church fathers widely exploit this biblical teaching of the incarnation as sharing and participation in the very life of God. According to Athanasius, if the problem was the guilt of sin, forgiveness could have been granted from heaven upon repentance of transgressions. But the problem was the power of corruption and death that ruled the world and held humanity captive. The incarnation was necessary not only for the forgiveness of sins, but also for the rescue of humanity from the corruptive powers of darkness. This rescue was shown decisively by the resurrection of Christ. To use the language of the Gospel of John, the incarnation is an invasion of light and life into the realm of darkness and death.

The incarnation provides the basis for the redemption from sin as a universal power, and liberation of life from the forces of evil. It is life confronting and overcoming death. The victory is decisively achieved through Christ’s passion, death, and resurrection, viewed as one movement of the Son’s return to the Father, which John’s Gospel calls the ‘hour of glory’ (John 12:23-24; 17:1-5).”