Rejoice in the Lord always; again I will say, rejoice. Let your reasonableness be known to everyone. The Lord is at hand; do not be anxious about anything, but in everything by prayer and supplication with thanksgiving let your requests be made known to God. And the peace of God, which surpasses all understanding, will guard your hearts and your minds in Christ Jesus.   (Philippians 4:4-8; emphases not in original text)

It has been noted that St. Paul speaks fairly frequently about peace and reconciliation in his various epistles.  Surprisingly, therefore, not many scholars focus on Paul as an advocate for peace.  It certainly has been noted that peace – shalom – is a very important theological concept throughout the Old Testament.

For our purposes, we will define shalom — a word that appears 238 times in the Bible (Old Testament) — rather generally. First, negatively, shalom is the resolution and cessation — and henceforth the absence — of chaos, conflict, oppression, and broken relations. Second, positively, shalom is the establishment, and henceforth the presence, of wholeness, reconciliation, goodness, justice, and the flourishing of creation — “physical and spiritual wellbeing.”   (Becoming the Gospel: Paul, Participation, and Mission, Kindle  3735-3741)

If we think about shalom meaning “physical and spiritual wellbeing”, we come to understand that Christ healing people was not merely a medical miracle, it was giving the person the shalom God promises His people.  Too many Christians put way too much emphasis on the miracle/magic of Christ’s healing people, and fail to see that miracles are signs of God’s peace.  The healing is not the most important thing that happens.  Rather, the one who is healed participates in the shalom of God – participates not only in God’s promises, but participates in God!  The healing part of the miracle is the least significant part of what is being given and revealed.  Yet, Christians ignore what the miracle points to and continue to want only magic in their lives.  Consider the Gospel lesson of  Luke 13:10-17 –

Now He was teaching in one of the synagogues on the Sabbath. And behold, there was a woman who had a spirit of infirmity eighteen years, and was bent over and could in no way raise herself up. But when Jesus saw her, He called her to Him and said to her, “Woman, you are loosed from your infirmity.” And He laid His hands on her, and immediately she was made straight, and glorified God. 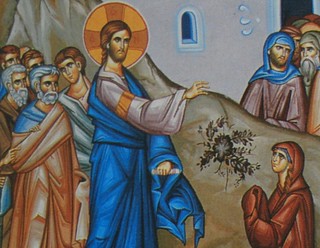 But the ruler of the synagogue answered with indignation, because Jesus had healed on the Sabbath; and he said to the crowd, “There are six days on which men ought to work; therefore come and be healed on them, and not on the Sabbath day.” The Lord then answered him and said, “Hypocrite! Does not each one of you on the Sabbath loose his ox or donkey from the stall, and lead it away to water it? So ought not this woman, being a daughter of Abraham, whom Satan has bound – think of it – for eighteen years, be loosed from this bond on the Sabbath?” And when He said these things, all His adversaries were put to shame; and all the multitude rejoiced for all the glorious things that were done by Him.

The woman who is healed immediately praises God.  She is experiencing shalom, physical and spiritual well-being.  She is reconciled to God.  Her relationship with God is restored – something she could not experience in her diseased state.  Yes, diseased includes being dis-eased.  She could never have peace while in her suffering state. 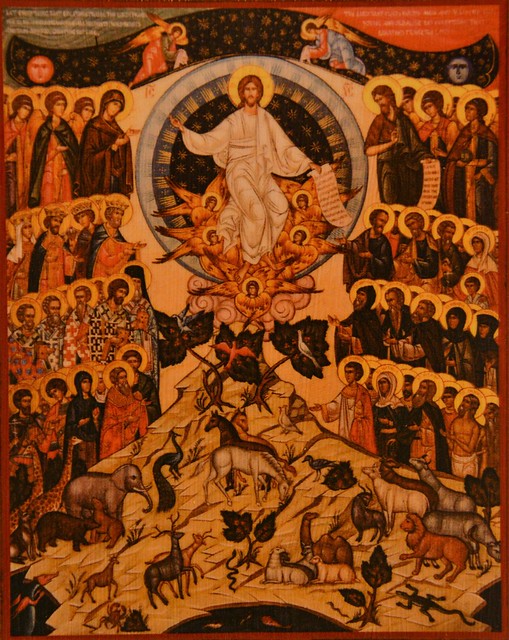 Miracles are not given as some divine magic allowing a person to pursue their own interests.  A miracle of God restores a person to a proper relationship with God, it gives peace, shalom to the person.  It is the peace of God which we each should be seeking in our lives.  A miracle which does not bring a person into peace with God is a failed miracle.

I, therefore, the prisoner of the Lord, beseech you to walk worthy of the calling with which you were called, with all lowliness and gentleness, with longsuffering, bearing with one another in love, endeavoring to keep the unity of the Spirit in the bond of peace. There is one body and one Spirit, just as you were called in one hope of your calling; one Lord, one faith, one baptism; one God and Father of all, who is above all, and through all, and in you all.   (Ephesians 4:1-6; emphases not in the original text)

One thought on “Peace as Well-Being”