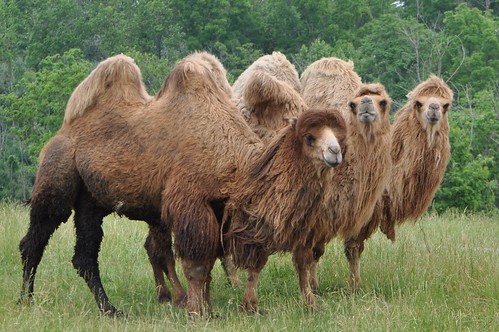 Now when the magi had departed, behold, an angel of the Lord appeared to Joseph in a dream, saying, “Arise, take the young Child and His mother, flee to Egypt, and stay there until I bring you word; for Herod will seek the young Child to destroy Him.” When he arose, he took the young Child and His mother by night and departed for Egypt, and was there until the death of Herod, that it might be fulfilled which was spoken by the Lord through the prophet, saying, “Out of Egypt I called My Son.” Then Herod, when he saw that he was deceived by the wise men, was exceedingly angry; and he sent forth and put to death all the male children who were in Bethlehem and in all its districts, from two years old and under, according to the time which he had determined from the wise men. Then was fulfilled what was spoken by Jeremiah the prophet, saying: “A voice was heard in Ramah, lamentation, weeping, and great mourning, Rachel weeping for her children, refusing to be comforted, because they are no more.” 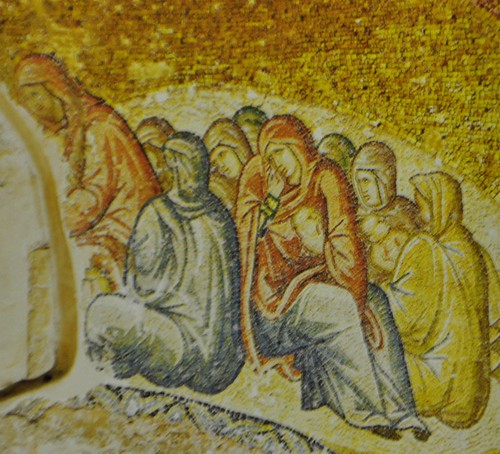 Now when Herod was dead, behold, an angel of the Lord appeared in a dream to Joseph in Egypt, saying, “Arise, take the young Child and His mother, and go to the land of Israel, for those who sought the young Child’s life are dead.” Then he arose, took the young Child and His mother, and came into the land of Israel. But when he heard that Archelaus was reigning over Judea instead of his father Herod, he was afraid to go there. And being warned by God in a dream, he turned aside into the region of Galilee. And he came and dwelt in a city called Nazareth, that it might be fulfilled which was spoken by the prophets, “He shall be called a Nazarene.”  (Matthew 2:13-23) 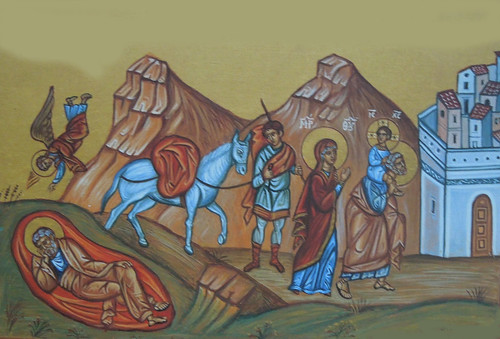 In the long history of Christian interpretation of the Scriptures, the Church has been blessed by the many meanings which have been derived from the texts.  From the earliest days of Christianity (and in ancient Jewish interpretations of the Scriptures as well), commentators noted how the texts can guide and influence our behavior..  Inspiration is thus not only found in the authors of the texts, but also is in those who read the texts.  For example, year after year, we read the Christmas narrative in the Gospels of Luke and Matthew, but we don’t exhaust the meaning of the texts.  Obviously, insight into the literal meaning may be more limited because that has been explored for 2000 years – that stone has been turned over countless times.  But the text also is capable of giving us insight into our lives today, and to give us further revelation about God’s purposes in unfolding history.  So we know the magi leave the newborn Christ and return to their own country by a route different than the one that brought them to Jerusalem.  This literal reading of the text, provides us insight into our own spiritual sojourn to Christ at the Nativity. 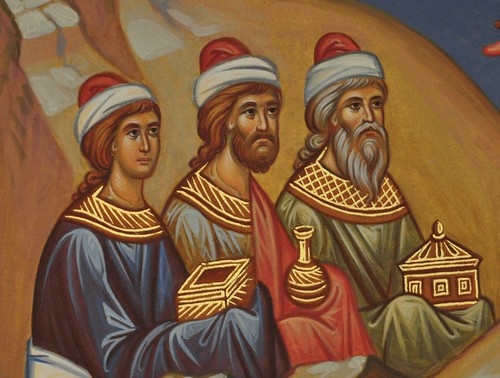 “The Magi, divinely warned in a dream, return to their country by another road. They must avoid Herod. In the spiritual sense, he whom God has led to the crib can certainly go back home, to his own country, to his house; but it will be by another road. That is to say, the motives, the attitudes, the manner of existing, the means used, can no longer be the same. When one has gone to Bethlehem, a radical change takes place.”  (Jesus: A Dialogue with the Savior by a Monk of the Eastern Church, pp. 8-9)