“In his worldly obedience he emptied himself, and his emptying is the only example for our path.  God who became a child, God who fled into Egypt to escape Herod, 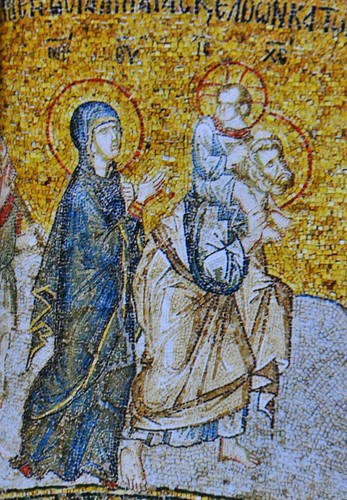 God who sought friends and disciples in this world, God who wept from the depths of his spirit over Lazarus, who denounced the pharisees, who spoke of the fate of Jerusalem, who drove out demons, healed the sick, raised the dead, who finally, and most importantly gave his flesh and blood as food for the world, lifted up his body on the cross between the two thieves – when and at what moment did his example teach us about inner walls that separate us from the world?  He was in the world with all his Godmanhood, not with some secondary properties.  He did not keep himself, he gave himself without stint.  ‘This is my body, which is broken for you‘ – shed to the end. 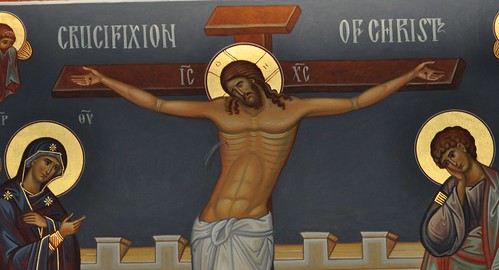 In the sacrament of the eucharist, Christ gave himself, his God-man’s body, to the world, or rather, he united the world with himself in the communion with his God-man’s body.  He made it into Godmanhood.”  (St. Maria of Parish, Mother Maria Skobtsova: Essential Writings, p. 78)