“There is nothing as sacred as a human being, whose nature God Himself has shared.”  (St. Nicholas Cabasilas)

“The glory of God is a living human being.” (St. Irenaeus of Lyons) 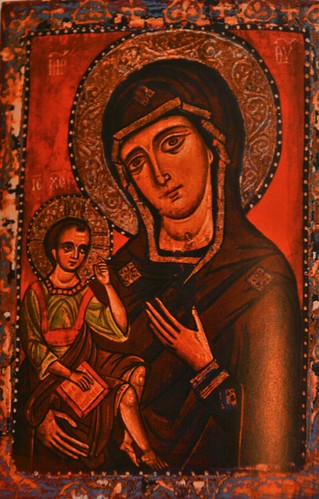 St. John Chrysostom describes it this way in a homily:

As Chrysostom envisions Christmas, Christ Himself as Creator fashions the body in the Virgin’s womb that He Himself will take for Himself.  God is able to see in humanity something so holy that God wishes to be united to the holiness of humanity.  God chooses to share His natural holiness with the humans created in God’s image and likeness. 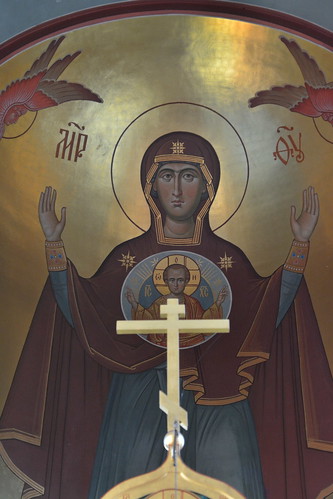 For this He assumed my body, that I may become capable of His Word; taking my flesh, He gives me His spirit; and so He bestowing and I receiving, He prepares for me the treasure of Life. He takes my flesh, to sanctify me; He gives me His Spirit that He may save me.”   (St. John Chrysostom)

Since, therefore, the children share flesh and blood, he himself likewise shared the same things, so that through death he might destroy the one who has the power of death, that is, the devil, and free those who all their lives were held in slavery by the fear of death. For it is clear that he did not come to help angels, but the descendants of Abraham. Therefore he had to become like his brothers and sisters in every respect, so that he might be a merciful and faithful high priest in the service of God, to make a sacrifice of atonement for the sins of the people. Because he himself was tested by what he suffered, he is able to help those who are being tested.  (Hebrews 2:14-18) 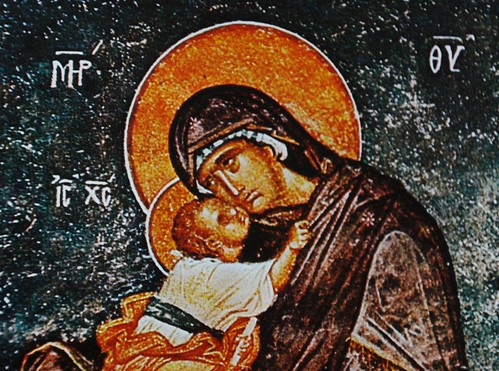 There is nothing as sacred as a human being.  Even an imperfect human, a sinner, a flawed person, one beset with temptation.  For God every human being is sacred – no matter who I am, no matter what I think about myself, or what others think about me.  In God’s eyes, I am still sacred, holy.  I am to be what God is.  “Be holy for I am holy, ” says the Lord (1 Peter 1:16).  This is why God became incarnate.  God became human because God sees humans as having a holiness to which God wishes to unit Himself.  God did not avoid the fallen, sinful world, but entered into and shared our life in this world.

2 thoughts on “Nothing is as Sacred as a Human Being”