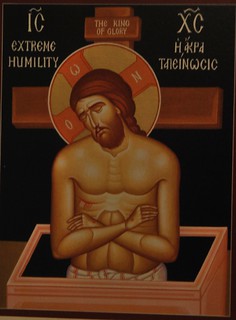 “Indeed, if anything in Christ’s unique image is predominant, then it is His extreme humility and not at all any desire to ‘prove’ His Divinity by using miracles. The Apostle Paul writes some extraordinary words about this humility of Christ: ‘He was in the form of God … but emptied Himself, taking the form of a servant… He humbled Himself and became obedient unto death, even death on a cross…’ (Phil 2:6-8). He never used His miraculous birth as “proof” and never once in the Gospels even mentions it Himself. And when He was hanging on the Cross, abandoned by everyone and in terrible agony, His accusers mocked Him precisely by requesting a miracle: ‘…come down now from the cross that we may see and believe’ (Mk 15:32). But He did not come down and they did not believe. Others, however, believed because of the fact that He did not come down from the cross, for they could sense the full divinity, the boundless height of that humility, of that total forgiveness radiating from the Cross: ‘Father, forgive them; for they know not what they do‘ (Lk 23:34). 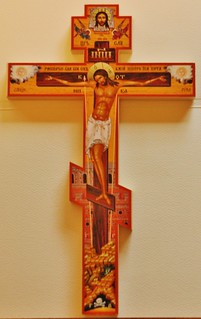 Once again, the Gospels and genuine Christian faith do not view miracles as proofs to force belief, since this would deprive man of what Christianity regards as most precious, his freedom. Christ wants people to believe in Him willingly without the coercion of a miracle. ‘If you love me,‘ Christ says, ‘you will keep my commandments‘ (Jn 14:15). And we love Christ–sadly, all too little–not because of His love, His humility and because, as those who heard Him said, ‘No man ever spoke like this Man!’” (Jn 7:46).