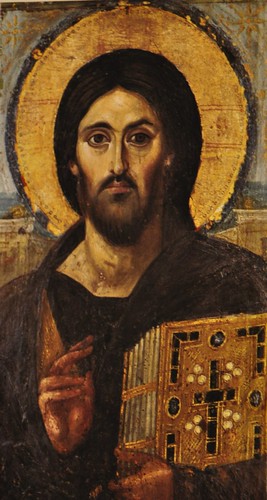 “Compared to metal and mosaic icons, the painted wooden icon is perhaps the longest lived subcategory of the Byzantine artistic medium of portable devotional icons. The earliest collection of wooden painted icons is found at St. Catherine Monastery in Sinai: some twenty-seven pieces dated to the sixth through seventh centuries. They are all painted in encaustic (pigment and wax) and tempera (pigment and egg yolk). 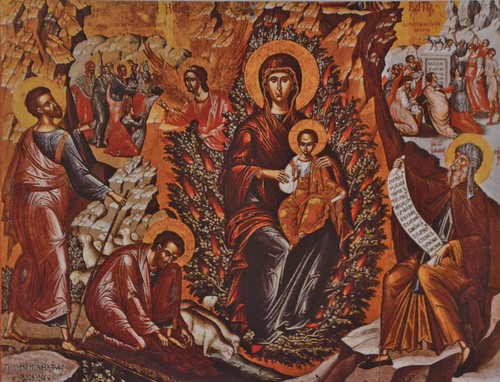 In terms of style, the portable icons follow the Late Antique commemorative portraits and imperial lavrata. Thematically, they employ scenes and figures from the Old and New Testaments. These icons were introduced into church as votive donations and remained in use for extra liturgical or individual devotional purposes. 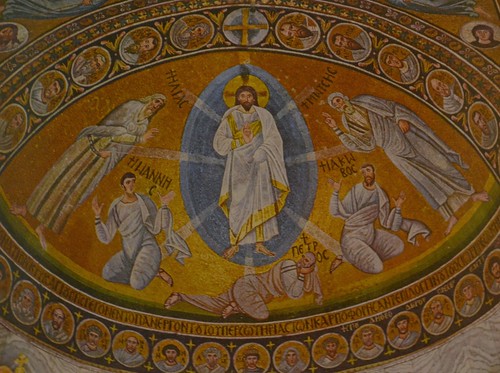 During the tenth and eleventh centuries, when art was well linked to a more standardized liturgy, the portable icons begin to reflect the new trend by depicting various subjects of liturgical feasts. The liturgical appropriation of the portable icons may be detected in their moving from being stored in the aisles unto the emerging templon (the screen separating the altar from the nave) and the proskynetarion (the icon stand in front of the templon). The eleventh through twelfth century portable icons are characterized by a high degree of creativity within the liturgical framework. The climactic point for the proliferation of portable icons occurred in the fourteenth century during the Palaeologan period. This is the time when the templon becomes the high iconostasis found in most Eastern Orthodox Churches today. 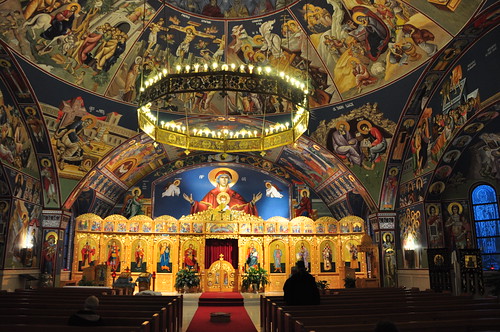