The LORD saw that the wickedness of man was great in the earth, and that every imagination of the thoughts of his heart was only evil continually.   (Genesis 6:5) 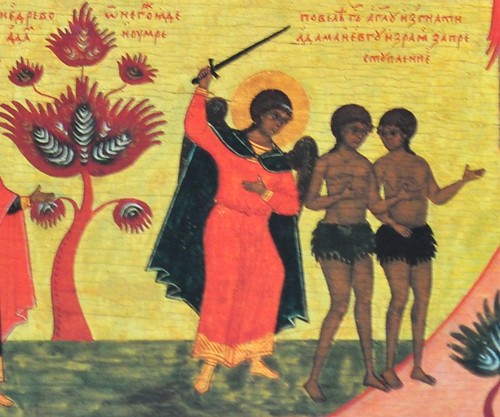 . . . the LORD said in his heart, “I will never again curse the ground because of man, for the imagination of man’s heart is evil from his youth; neither will I ever again destroy every living creature as I have done.   (Genesis 8:21)

The Genesis account of the Great Flood begins and ends with God woefully acknowledging that the humans He created had a heart which was inclined toward imagining evil  even from when the human is quite young.  Before and after the Great Flood, nothing had changed in the humans.   Evil  is described in Scripture and Tradition as coming from within the human – from the imagination of the heart – not from Satan or demons.   Humans don’t need a great evil force to push us to do evil, we are quite capable on our own of imagining evil things and then doing them.

The Virgin Mary at the Annunciation sings a hymn in which she recognizes that God’s incarnation means the healing of the human heart.   “He has shown strength with his arm, he has scattered the proud in the imagination of their hearts …” (Luke 1:51)  For the Theotokos that imagination of the human heart which has conjured up so much evil and caused so much grief for humanity has been blown away by God entering the human condition in the incarnation. 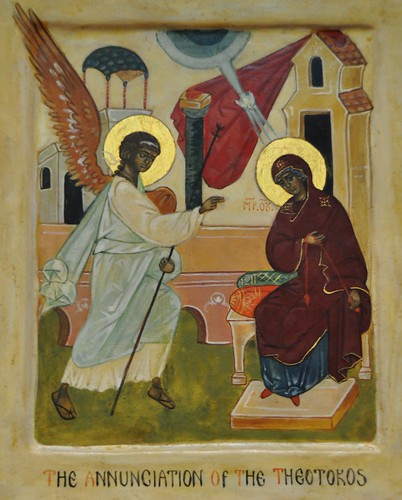 Jesus Himself points to the human heart as the source of all sin.  Christ teaches:

And he said, “What comes out of a man is what defiles a man. For from within, out of the heart of man, come evil thoughts, fornication, theft, murder, adultery, coveting, wickedness, deceit, licentiousness, envy, slander, pride, foolishness. All these evil things come from within, and they defile a man.”  (Mark 7:20-23)

The rabbis at the time of Jesus also taught that the origin of evil is not in Satan but rather evil resulted in the world from the presence of a wicked imagination (or desire) in the human heart.  The 2nd Century Christian book, The Shepherd of Hermas repeats this rabbinical idea that evil in the world originates in the imagination of the human heart.  We both can conceive evil and bring it into existence.  This idea then is found repeatedly in Orthodox theologians.  St Gregory of Nyssa (d. 384AD) writes:

“Man was …. the image and likeness of the power that rules all creation; and this likeness to the ruler of all things also extended to man’s power of self-determination: man could choose whatever pleased him and was not enslaved to any external necessity.  But man was led astray by deception and deliberately drew upon himself that catastrophe which all  mortals now share.  Man himself invented evil: he did not find it in God.  Nor did God make death; it was man himself who, as it were, was the creator of all that is evil.”  (From Glory to Glory, pp 112-113)

“A man can be harmed by another only through the causes of the passions which lie within himself. It is for this reason that God, the Creator of all and the Doctor of men’s souls, who alone has accurate knowledge of the soul’s wounds, does not tell us to forsake the company of men; He tells us to root out the causes of evil within us and to recognize that the soul’s health is achieved not by a man’s separating himself from his fellows, but by his living the ascetic life in the company of holy men. When we abandon our brothers for some apparently good reason, we do not eradicate the motives for dejection but merely exchange them, since the sickness which lies hidden within us will show itself again in other circumstances.”  (THE PHILOKALIA, Kindle Loc 2212-24)

A thousand years after those early Patristic writers, the Orthodox tradition continued to offer this same idea that human are the source of evil in the world.  So St Gregory Palamas (d. 1359) teaches:

“That evil which is evil in itself, namely sin, originates from us.  . . .  Just as illness was not created by God, although the creature who suffers from it was, so sin was not made by Him, although the rational soul created By Him willingly turns aside after it.  This soul was honored with free will and independent life, as without this honor it would have been pointless for it to be rational.”  (The Homilies, p 518)

In our daily Orthodox Vespers service we find a prayer asking God to deliver us from this evil imagining of our heart:

O Lord our God, Who bowed the heavens and came down for the salvation of the human race; look upon Your servants and Your inheritance; for to You, the awesome Judge, Who yet love mankind, have Your servants bowed their heads and submissively bent their necks, not waiting for help from men, but asking for Your mercy and looking confidently for Your salvation.   Guard them at all times, both during this present evening and in the approaching night, from every foe, from all adverse powers of the Devil, from vain thoughts, and from evil imaginations. 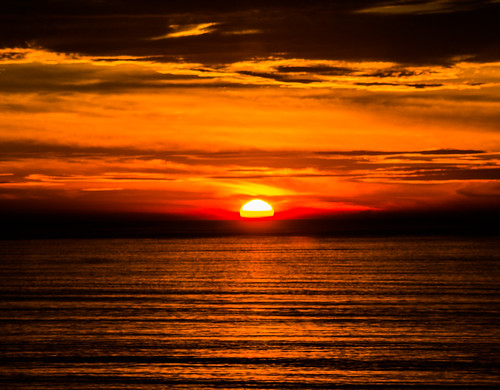 We pray every day at Vespers that God will deliver us from the evil imaginations of our heart.  We ask God to guard us against the evil that comes from within our hearts.   We ask God daily to prevent us from becoming the source of even more evil in the world.

Great Lent is our time to set a guard over our heart, so that we will not be inclined to evil.  This is something for which we pray throughout Lent:

“Incline not my heart to any evil thing, nor to practice wicked deeds.” (Psalms 141:4)