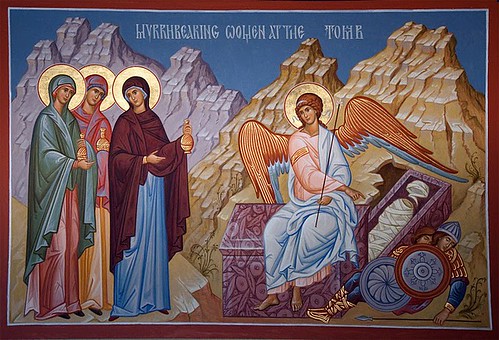 As the true friends of the Creator were saying this,

Mary, who was following, said,

“Initiates of the Lord and his truly fervent lovers, do not think like this;

but be patient, do not lose heart.

For what has happened was a dispensation,

so that women, as those who were the first to fall,

might be the first to see the risen One.

He wishes to grant to us who mourn the grace of his ‘Rejoice!’,

he who grants resurrection to the fallen.” 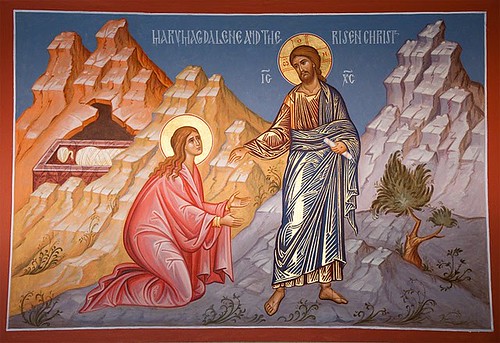 Frequently, the Patristic writers see the Gospel events as an “undoing” of the Fall of Eve and Adam.  In the poem above, St. Romanos the Melodist, explains  that the Women Disciples of the Lord learn about the resurrection before the chosen Apostles so that woman would be given the opportunity to “reverse the curse”.  Eve fell before Adam, but now the women get to share the Good News with the men.  All sin is forgiven in the resurrection as humans are put on the path to the Kingdom of God and allowed to enter into Paradise again.