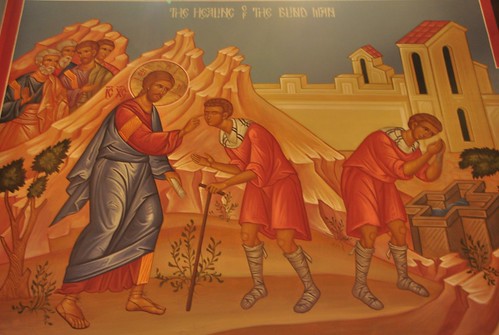 “St. Irenaeus (second century) interprets “that the works of God may be manifest in him” (John 9:3) as a direct reference to the continuing work of God as Creator of the human person:

‘Now the work of God is the fashioning of man. For, as the Scripture says, He made [man] by a kind of process: “And the Lord took clay from the earth, and formed man.” (Genesis 2:7)  Wherefore also the Lord spat on the ground and made clay, and smeared it upon the eyes, pointing out the original fashioning [of man], how it was effected, and manifesting the hand of God to those who can understand by what [hand] man was formed out of the dust. For that which the artificer, the Word, had omitted to form in the womb [viz., the blind man’s eyes], He then supplied in public, that the works of God might be manifested in him, in order that we might not be seeking out another hand by which man was fashioned, nor another Father; knowing that this hand of God which formed us at the beginning, and which does form us in the womb, has in the last times sought us out who were lost, winning back His own, and taking up the lost sheep upon His shoulders, and with joy restoring it to the fold of life… 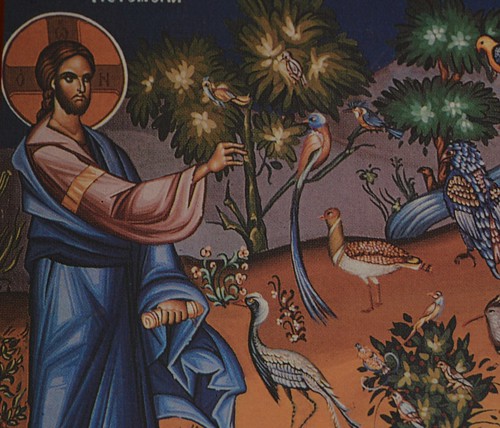 As, therefore, we are by the Word formed in the womb, this very same Word formed the visual power in him who had been blind from his birth; showing openly who it is that fashions us in secret, since the Word Himself had been made manifest to men: and declaring the original formation of Adam, and the manner in which he was created, and by what hand he was fashioned, indicating the whole from a part. For the Lord who formed the visual powers is He who made the whole man, carrying out the will of the Father.'”