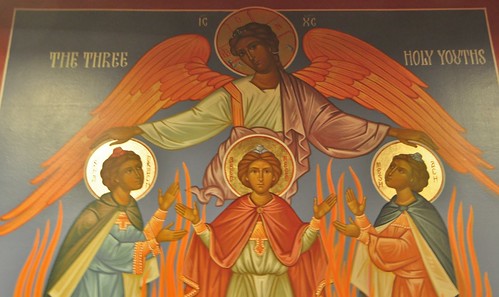 Even apart from these celestial gifts distinguishing the saints from other living people, there are further ways of recognizing their superiority. For instance, Nebuchadnezzar, king of Babylon, summoned to him all the peoples to worship the image that he had set up (cf. Dan. 3:1-30). But God in His wisdom so disposed things that the virtue of three children should be made known to everyone and should teach everyone that there is one true God, who dwells in the heavens. Three children, captive and deprived of their liberty, spoke out boldly before him; and while everyone else, in great fear, worshipped the image, and even if not convinced did not dare to say anything, but was virtually speechless, like beasts dragged along by the nose, these children behaved very differently.

They did not want their refusal to worship the image to go unrecognized or to escape notice, but they declared in the hearing of all: ‘We do not worship your gods, 0 king, nor will we bow down before the golden image that you have set up.’ Yet the terrible furnace into which they were cast as punishment was not a furnace for them and did not manifest its normal function; but as if reverencing the children it kept them free from harm. And everyone, including the king himself, through them recognized the true God. Not only those on earth, but the angelic choirs themselves were amazed at these children. (St Symeon Metaphrastis,, THE PHILOKALIA, Kindle Loc.  33936-58)

As we celebrate Independence Day in the United States, we can think about the nature of freedom by considering the narrative in the Book of Daniel about the Three Youth in the fiery furnace.   Those 3 Jewish children though captives exiled in Babylon were able to exercise their free will despite their enslaved existence.  The Babylonians on the other hand though living at home as free citizens  also lived in fear of the king and were not able to exercise their consciences but rather lived the king’s lie.  So who was truly free – the slaves who had free will or the citizens who had no right to refuse their king’s demands? 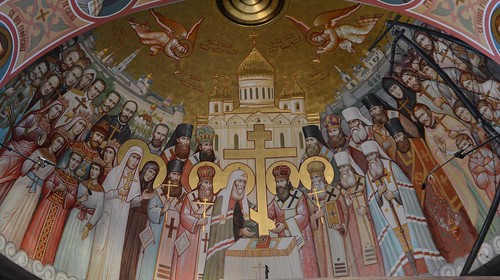 Christian freedom means the right to live the godly life even if threatened by punishment of death.  Choosing martyrdom for Christ is the greatest example of choosing free will.  Christian freedom is not just about making all kinds of consumer choices, or being able to express oneself without constraint.  Christian freedom is far greater than any rights guaranteed in the Constitution or in the Bill of Rights.  As becomes obvious in the Orthodox spiritual tradition, freedom is denying oneself in order to follow Christ.   As St. Mark the Monk  noted Christian freedom,  has nothing to do with unrestricted self-expression ( Counsels on the Spiritual Life, Kindle Location 1717-1718).  Rather the Christian is one who is able to deny the self in order to conform himself to the will of the Creator.  This is something all of us Christians in America need to consider.  “If any want to become my followers, let them deny themselves and take up their cross daily and follow me” (Luke 9:23).