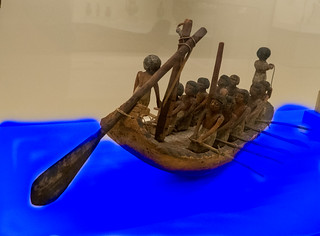 Immediately Jesus made His disciples get into the boat and go before Him to the other side, while He sent the multitudes away. And when He had sent the multitudes away, He went up on the mountain by Himself to pray. Now when evening came, He was alone there. But the boat was now in the middle of the sea, tossed by the waves, for the wind was contrary. Now in the fourth watch of the night Jesus went to them, walking on the sea. And when the disciples saw Him walking on the sea, they were troubled, saying, “It is a ghost!” And they cried out for fear. But immediately Jesus spoke to them, saying, “Be of good cheer! It is I; do not be afraid.” And Peter answered Him and said, “Lord, if it is You, command me to come to You on the water.” 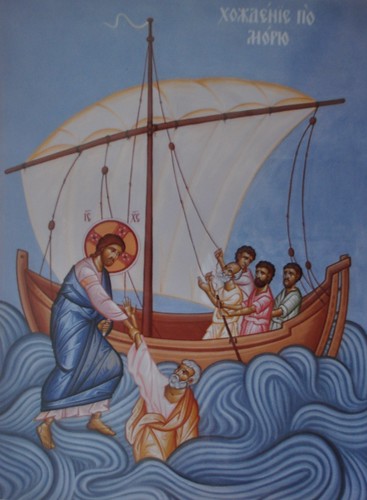 So He said, “Come.” And when Peter had come down out of the boat, he walked on the water to go to Jesus. But when he saw that the wind was boisterous, he was afraid; and beginning to sink he cried out, saying, “Lord, save me!” And immediately Jesus stretched out His hand and caught him, and said to him, “O you of little faith, why did you doubt?” And when they got into the boat, the wind ceased. Then those who were in the boat came and worshiped Him, saying, “Truly You are the Son of God.” When they had crossed over, they came to the land of Gennesaret.  (Matthew 14:22-34) 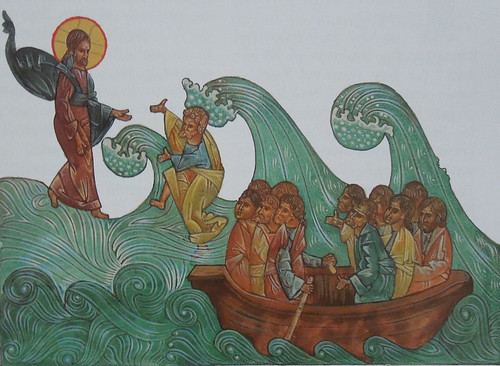 And hence also is that which was just now read, “Lord, if it be Thou, bid me come unto You on the water.” For I cannot do this in myself, but in You. He acknowledged what he had of himself, and what of Him, by whose will he believed that he could do that, which no human weakness could do. Therefore, “if it be Thou, bid me;” because when you bid, it will be done. What I cannot do by taking it upon myself, You can do by bidding me. And the Lord said “Come.” And without any doubting, at the word of Him who bade him, at the presence of Him who sustained, at the presence of Him who guided him, without any delay, Peter leaped down into the water, and began to walk. He was able to do what the Lord was doing, not in himself, but in the Lord. “For you were sometimes darkness, but now are you light in the Lord. [Ephesians 5:8]” (Let Us Attend, p. 64-65)