“When speaking of how God is known, the Bible seldom speaks of insight or illumination or demonstration; rather, it says that God appeared, did something, showed himself, or spoke to someone, as in the beginning of the book of Hosea: ‘The word of God came to Hosea‘ (Hos. 1:1). Accordingly, the way to God begins not with arguments or proofs but with discernment and faith, the ability to see what is disclosed in events and the readiness to trust the words of those who testify to them…

For the Greeks, God was the conclusion of an argument, the end of a search for an ultimate explanation, an inference from the structure of the universe to a first cause. For Christian thinkers, God was the starting point, and Christ the icon that displays the face of God. ‘Reason became man and was called Jesus Christ,’ wrote Justin. Now one reasoned from Christ to other things, not from other things to Christ. In him was to be found the reason, the logos, the logic, if you will, that inheres in all things. 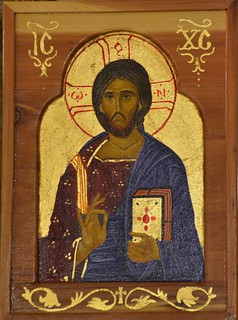 The Christian gospel was not an idea but a certain kind of story, a narrative about a person and things that had actually happened in space and time. It was, says Origen, an ‘event recorded in history.‘ In its proper sense the term gospel, as he explained in his commentary on the Gospel According to John, refers to those books that include a ‘narrative of the deeds, sufferings and words of Jesus.‘ But this narrative was not a bare report of what had taken place. The gospel, he writes, is ‘an account of things that…make the hearer glad when he accepts what is reported.‘ It is centered on a specific human being, Jesus of Nazareth…”