“If a genuine righteousness were required of human beings, then only one in ten thousand would be able to enter the kingdom of heaven, continues Isaac. This is why God gave people repentance as a remedy, for it can heal a person from sin in a short time. Not wishing human beings to perish, God forgives everyone who repents with his whole heart. God is good by nature, and he ‘wishes to save everyone by all sorts of means’.

Isaac resented the widespread opinion that the majority of human beings will be punished in hell, while only a small group of the chosen will delight in paradise. He was convinced that, quite the contrary, the majority of people will find themselves in the kingdom of heaven, and only a few sinners will go to Gehenna, and even they only for the period of time necessary for their repentance and remission of sins:

By the device of grace the majority of humankind will enter the kingdom of heaven without the experience of Gehenna. But this is apart from those who, because of their hardness of heart and utter abandonment to wickedness and the lusts, fail to show remorse in suffering for their faults and their sins, and because these people have not been disciplined at all. For God’s holy nature is so good and so compassionate that it is always seeking to find some small means of putting us in the right: how he can forgive human beings their sins—like the case of the tax collector who was put in the right by the intensity of his prayer or like the case of a woman with two small coins or the man who received forgiveness on the cross. For God wishes our salvation, and not reasons to torment us. 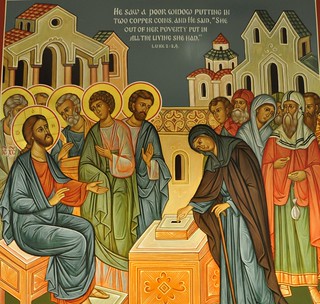 Earthly life is given to everyone as a time of repentance. It is enough for a person to turn to God to ask forgiveness for his sins immediately to be forgiven. The token of this forgiveness is the Incarnation of the Word of God, who, when all creation had abandoned and forgotten God, came down to earth in order to redeem humankind and the whole universe by his death on the cross.”