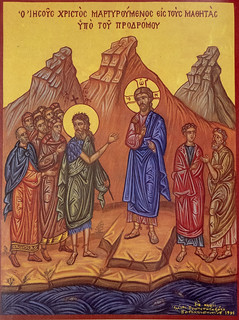 “John [the Baptist] had no agenda – his only agenda was God. He administered a type of sacrament, baptism, which was associated with confession of sins and a change of life, not only to Jews but to Gentiles, in particular to Roman soldiers. His followers returned to their homes and occupations, although some joined him in the wilderness for a time. Neither John nor his disciples produced any literature, nor did they start a sect or community, nor did they have any political motivations. John preached repentance in the wilderness. He was not in a city, nor in a temple, nor in a rabbinical school, nor in the courts of law, nor in a government forum. John transcended human institutions and so he did not seek their approbation, nor that of any human being. They were totally superfluous to him. He transformed the world by renouncing it. He calls light, light and darkness, darkness. He dared to say “Thus saith the Lord” which few have the calling and moral authority to say – and even fewer when called actually do so, because they know it’s synonymous with signing one’s own death certificate. John had both the moral authority and the courage to say it to everyone, including to the adulterous King Herod. 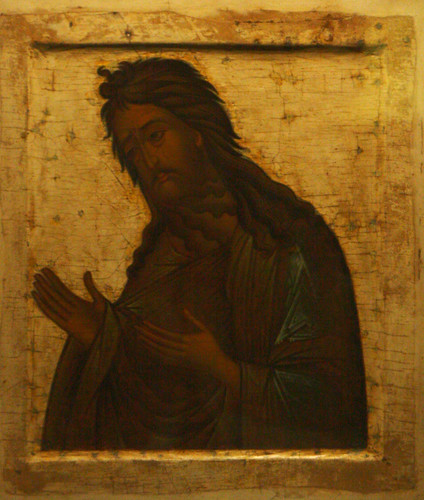 John’s message was simple. According to John, nothing can save men except a confession of sins and change of life.”