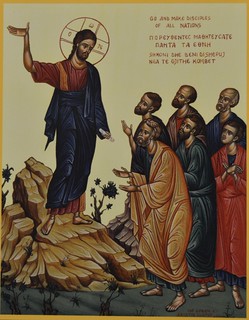 “…the divine love of the Sermon on the Mount, a love that shows its perfection in being directed toward good and bad alike. It is precisely this love, which draws no distinctions but loves all its fellow men equally – the distinctively Christian form of love (agape)…that is, for Maximus, the purest reflection of God, as he has revealed himself in his incarnate Son and in his Holy Spirit. So the unity that the Church realizes on earth is the first and most exalted image of God in the world, precisely as a unity of love.”