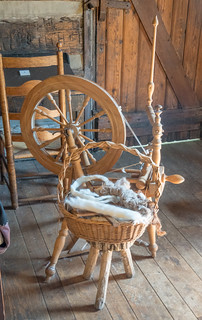 “In a famous fifth-century homily delivered at Constantinople (the centre of fine weaving in the eastern Roman world) St. Proclos called her [the Theotokos]

The awe-inspiring loom of the Incarnation on which the weaver, the Holy Spirit, ineffably wove the garment of the hypostatic union. The overshadowing power from on high was the interconnective thread of the weave; the ancient fleece of Adam was the wool; the undefiled flesh from the virgin was the threaded woof; and the shuttle – no less than the immeasurable gracefulness of her who bore him. Over all stood the Logos, that consummate artist.” 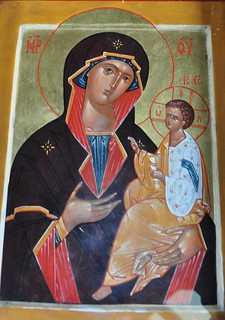 (John Anthony McGuckin, The Orthodox Church: An Introduction to its History Doctrine and Spiritual Culture, p. 222)