The God and Father of our Lord Jesus Christ, who is blessed forever, knows that I am not lying. In Damascus the governor, under Aretas the king, was guarding the city of the Damascenes with a garrison, desiring to arrest me; but I was let down in a basket through a window in the wall, and escaped from his hands. 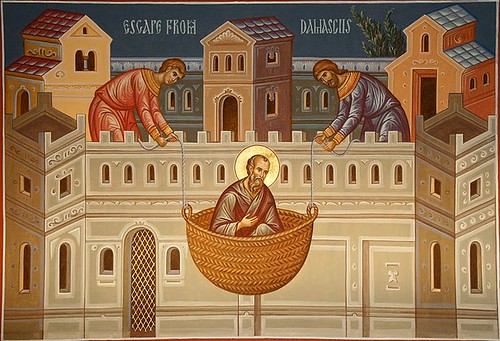 It is doubtless not profitable for me to boast. I will come to visions and revelations of the Lord: I know a man in Christ who fourteen years ago – whether in the body I do not know, or whether out of the body I do not know, God knows – such a one was caught up to the third heaven. And I know such a man – whether in the body or out of the body I do not know, God knows – how he was caught up into Paradise and heard inexpressible words, which it is not lawful for a man to utter. Of such a one I will boast; yet of myself I will not boast, except in my infirmities. For though I might desire to boast, I will not be a fool; for I will speak the truth. But I refrain, lest anyone should think of me above what he sees me to be or hears from me. And lest I should be exalted above measure by the abundance of the revelations, a thorn in the flesh was given to me, a messenger of Satan to buffet me, lest I be exalted above measure.

Concerning this thing I pleaded with the Lord three times that it might depart from me. And He said to me, “My grace is sufficient for you, for My strength is made perfect in weakness.” Therefore most gladly I will rather boast in my infirmities, that the power of Christ may rest upon me.  (2 Corinthians 11:31-12:9) 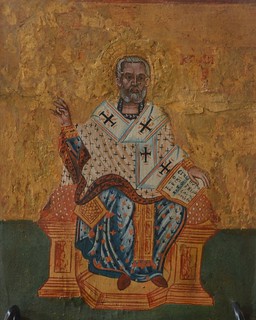 The love of God gives strength to continue in prayer the whole night through, but pain in my head wears me out and I am obliged to give up and rest. These headaches have been given me because I insisted on having my own way, and left my task as steward to go into the ‘desert’ to have great freedom for prayer; but the Lord wanted me to spend my life in the Monastery as steward. Twice they would have made me prior, and once senior steward, but each time I refused, and for that God punished me. It was only later that I understood that everyone is needed in the place where he is, and we may all be saved whatever our office. (St. Silouan the Athonite, pgs. 465-466)