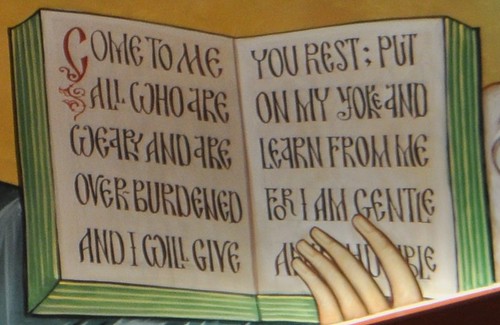 When the same Abba Macarius was in Egypt he found somebody who had a beast of burden carrying off his things. Standing beside the robber as though he were a stranger, he helped him load up the beast then sent him on his way in great hesychia, saying: “‘We brought nothing into this world and it is clear that neither can we carry anything out’ [1 Tim 6.7].

“The Lord has given and it has transpired as he willed it to; blessed be the Lord in all things [see Job 1.21].”