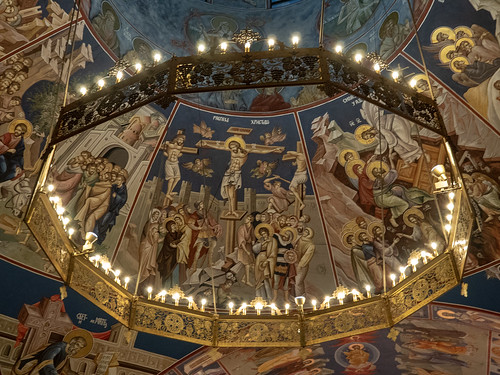 For no human being will be justified in his sight by works of the law, since through the law comes knowledge of sin. But now the righteousness of God has been manifested apart from law, although the law and the prophets bear witness to it, the righteousness of God through  the faith of Jesus Christ for all who believe. For there is no distinction; since all have sinned and fall short of the glory of God, they are justified by his grace as a gift, through the redemption which is in Christ Jesus, whom God put forward as an expiation by his blood, to be received by faith. This was to show God’s righteousness, because in his divine forbearance he had passed over former sins; it was to prove at the present time that he himself is righteous and that he justifies him who has faith in Jesus.   (Romans 3:20-26)

Biblical scholar Michael J. Gorman, writing about St Paul’s Epistle to the Romans, notes that in biblical scholarship today there is now a strong tendency to translate and interpret St Paul to speak more about “the faith of Christ” than our “faith in Christ.”   St Paul speaks about the faith of Abraham, and so it seems correct to read him as also speaking about the faith of Christ, rather than what Protestantism wants St Paul to say – our faith in Christ.  Gorman writes:

“The bold proclamation of God’s faithfulness (“righteousness”) in these verses stands over against the dismal portrayal of humanity’s faithlessness in [Romans] 1:18-3:20. Although it appears that Paul is drawing on fragments of early Christian liturgical material (some of which are very difficult to translate), he makes them decisively his own, revealing a distinctively Pauline gospel that is, as 1:17 announced, ‘out of faith into faith.’ If we follow the majority of the most recent interpretations of Paul, which understand God’s righteousness as God’s saving covenant faithfulness, and which render phrases normally translated “faith in Christ” as ‘the faith/faithfulness of Christ’ (3:22, 25), then the faith/faithfulness of God, Christ, and those who respond are all named in this text. This appears most succinctly in 3:22: 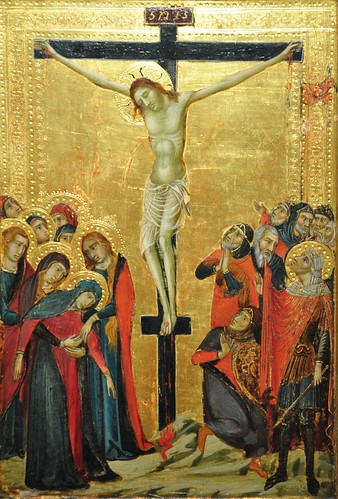 . . .  Christ’s death, then, says Paul, is God’s faithful and merciful gift (Rom. 3:24, 25) as well as Christ’s faithful act. This death accomplishes two things: forgiveness for sins and redemption from sin. God “put forward” Christ as “a sacrifice of atonement,” referring to the Jewish system of sacrifices for sins (3:25). But this was also an act of “redemption” (3:24) or liberation – the language of deliverance from bondage to Egypt or any other slave master. In other words, Christ’s death deals both with sins (the deeds) and with sin (the power) – just as Paul’s analysis of the human predicament in 1:18-3:20 requires.” (Apostle of the Crucified Lord, p. 358-360)