First of all, then, I urge that supplications, prayers, intercessions, and thanksgivings be made for all people, for kings and all who are in high positions, that we may lead a peaceful and quiet life, godly and dignified in every way.   (1 Timothy 2:1-2)

November 6 is Election Day in the USA.  One can wish that campaigns and elections would make us more hopeful, that change for the better is going to occur.  Unfortunately, election campaigns often bring out pessimism in many people, perhaps because of the negative tone of some campaigns.  Lots of fear mongering is done.   Many people feel campaigns have gotten more negative through time.    I would just note that throughout history, there have always been voices which have claimed that yesterday was better than today will be and today will be better than tomorrow.  St Cyprian of Carthage (martyred in 258AD) at one point in his life lamented the decline of everything in his day: the weather, the military, justice, friendship, skills and ethics.  [One can hear Ronald Reagan saying, “There you go again . . .”]  He no doubt would have found election time proof of the decline of civility and civilization.  His is a familiar voice we can find in history – things are declining. His lament about the declining fortunes of his time:

In winter there is not as great an abundance of rain storms for nourishing seeds as before, in summer the temperature does not reach normal oven heat for preparing the crops for ripening, nor in the mild season of spring do the crops flourish as they did once, nor are the autumn crops so abundant as before with trees bearing fruit. There are less marble slabs brought forth from mountains that have been mined out and are exhausted. Their mines, hollowed out, now supply less wealth in silver and in gold, and their impoverished veins of metals run short as each day proceeds. The farm laborer grows less in number in the fields, and ceases to be available. The sailor at sea, similarly, has vanished, like the soldier in the barracks, integrity in the Forum, justice in the court, concord between friends in alliance, skill in practicing the arts, and moral order in practicing ethics.   (On The Church: Select Treatises, Kindle Loc. 1408-15) 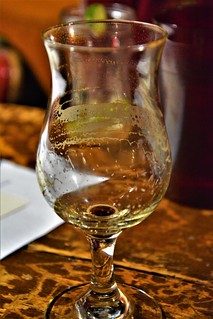 I do find the campaign process to be spiritually oppressive, and I see the fears, anxieties and anger which grow in people during elections.  And yet, I think this process, as much as I dislike it, to be a good sign for our country and humanity in general.  It is easy to imagine that life used to be better, but for us Christians, hope does not lie in the past but in what lies ahead.   As St Paul says,  “. . . one thing I do, forgetting what lies behind and straining forward to what lies ahead, I press on toward the goal for the prize of the upward call of God in Christ Jesus” (Philippians 3:13-14).

I used to think of America as an optimistic country.  American ingenuity sparked hoped.  The American can-do spirit kept us pushing into the future’s ever expanding vision.  The horizon was ever expanding and we were always pushing toward it no matter how far it kept receding.  Boundlessness seemed part of our attitude.  Of course, such thinking also at times contributed to our excesses, wastefulness, selfish consumption and rapacious greed.  What we need to learn to balance is the boundless hope with the reality of how our behavior affects others and our planet.  Profit is not always evil, though greed is real and destructive.  Concern for the environment doesn’t have to mean all consumption is wrong – humans need to live.  Both extremes need to bring humanity back into the picture, both need to consider how to benefit a growing population in a sustainable way.

I saw a bumper sticker today which read, “It’s easy to wave the flag, harder to carry it.”  I don’t know if that is a slogan of some organization, but that doesn’t matter to me as I’m not advocating for them.  The words express a truth.  Part of the burden for Americans of carrying the flag is democracy itself – and caring about the country and one’s fellow citizens.  The election process is messy and at times brings out pessimism in many.  It als0 is part of the burden of democracy, it is the weight of the American flag.  We are asked to choose between candidates who are imperfect and issues which are complicated.   I hope we will show that we are worthy of carrying that flag not just waving it.  Carrying the flag means  enduring campaigns, and working together for the common good even when we disagree on issues or solutions.  When we value each other as fellow citizens then we will make America great.  Look for politicians who actually care about their constituents more than their political ideologies. 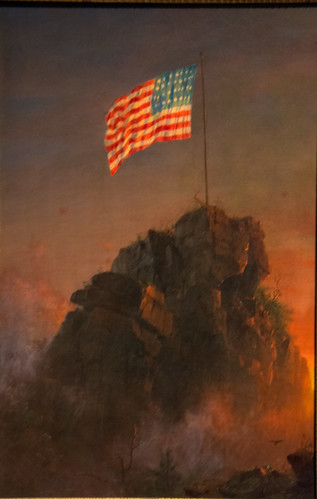 Truly, democracy and elections cannot solve all our human problems, and sometimes contribute to them.  Yet democracy allows us to light a candle, not just curse the darkness.  It is a sign that we can change, that we are capable of creatively working together to deal with some of the issues confronting us, that we can survive our own mistakes, and that there is reason to hope that we can make some things better.   Democracy is not foolproof – the best candidate doesn’t always win.  Democracy is not omniscient or omnipotent but it can show us the need for looking at issues from different perspectives and the need for cooperation in order to produce better solutions.  It can also show us why we need divine help to deal with human problems.   We do need Wisdom of God to solve issues which are greater than our limited knowledge and perspectives.   We need that godly hope to overcome our fears and failures and to see potential instead of only our limitations.  We need the love of God to energize us to overcome our selfishness so that we work for a greater good.  Even if things are worse than they used to be, we can show up and care for one another, rather than simply despair. 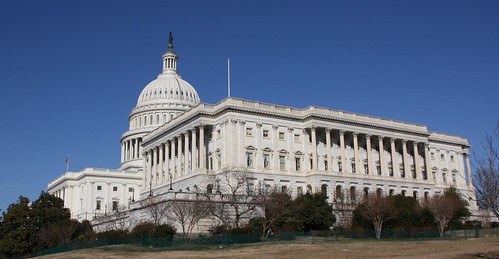 Remember, O Lord, this nation and her civil authorities, those who serve in the government and the armed forces. Grant them a secure and lasting peace; speak good things in their hearts concerning your Church and all your people, so that we, in their tranquility, may lead a calm and peaceful life in all godliness and sanctity.  (from the Liturgy of St. Basil)