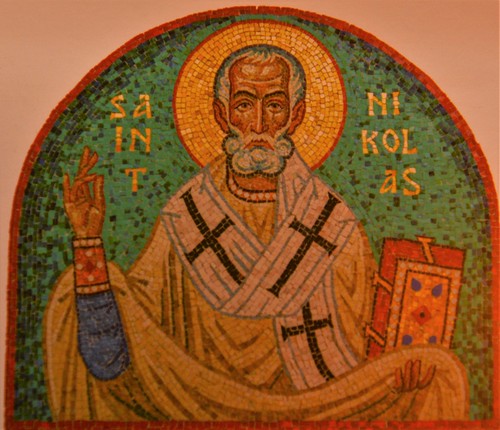 On December 6 we honor the memory of St Nicholas the 4th Century Archbishop of Myra who has become so popular in Christian and Western European Cultures.  Most of what we know about his life comes from legend and lore.  He was being honored as a saint 200 years after his death,  but his popularity grew exponentially in later Centuries.  When St. Methodius wrote a life of St. Nicholas in the Mid-9th Century, he notes that hardly anyone had heard of him. Be that as it may, he became one of the most beloved saints in both Western and Eastern Europe.  Even the secular world continued to evolve stories about him which became an icon of the American secular Christmas celebration.

The legends of his life include descriptions of him as being especially merciful to the unfortunate poor.  As such, it is appropriate to consider the virtue of mercy.

“Mercy is therefore a twofold virtue.

On the one hand, it means giving shelter, protection, food, and necessary aid to those in want.

On the the other, it is patience, forgiveness of wrong, and compassion towards those who offend.” 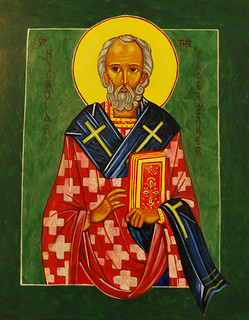 St Nicholas is for us an icon of mercy.  We can think about what Jesus taught us in the Parable of the Good Samaritan in Luke 10:36-37 –

Which of these three, do you think, proved neighbor to the man who fell among the robbers?”

He said, “The one who showed mercy on him.”

And Jesus said to him, “Go and do likewise.”

One thought on “St. Nicholas: An Icon of Mercy”