A man who fails to discern the devil’s wiles allows himself to become annoyed at everything, permitting anger to master him, and so he ‘gives place to the devil’. But a man who stifles every upsurge of anger resists the devil and repels him, and gives no place to him within himself. Anger ‘gives place to the devil’, as soon as it is regarded as something just and its satisfaction is felt to be lawful. Then the enemy immediately enters the soul and begins to suggest thoughts, each more irritating than the last. The man starts to be aflame with anger as though he were on fire. This is the fire of hell; but the poor man thinks that he is burning with zeal for righteousness, whereas, there is never any righteousness in wrath (James i. 20).

This is the form of illusion peculiar to wrath, just as there is another form of illusion peculiar to lust. A man who speedily overcomes wrath disperses this illusion and thus repels the devil as though by a strong blow in the chest. Is there anyone who, after extinguishing his anger and analyzing the whole business in good faith, does not find that there was something wrong at the basis of his irritation? But the enemy changes the wrong into a sense of self-righteousness and builds it up into such a mountain that it seems as though the whole world would go to pieces if our indignation is not satisfied.

You say that you cannot help being resentful and hostile? Very well then, be hostile – but towards the devil, not towards your brother. God gave us wrath as a sword to pierce the devil – not to drive into our own bodies. Stab him with it, then, right up to the hilt; press the hilt in as well if you like, and never pull it out, but drive another sword in as well. This we shall achieve by becoming gentle and kind towards each other. ‘Let me lose my money, let me destroy my honor and glory – my fellow-member is more precious to me than myself.’ Let us speak thus to each other, and let us not injure our own nature in order to gain money or fame. 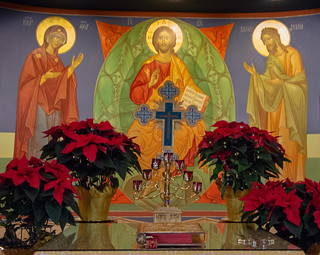 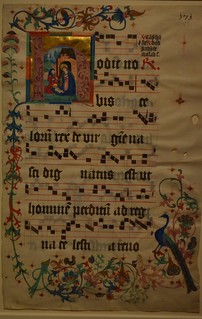 You can find PDF’s for all the blog posts I collected into one document at Fr. Ted’s PDFs.  This include the posts for each year for Lent or Pascha but also blog series that I composed on a theme.