“As many of you as were baptized into Christ have clothed yourselves with Christ.” And baptism into Christ means incorporated into the diverse community of fellow baptized, co-crucified, co-resurrected, justified inhabitants of Christ”  (Gal 3:28). 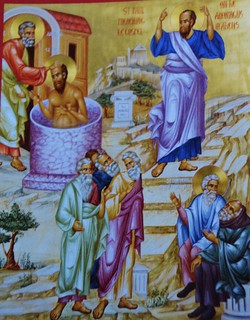 “. . . justification is an experience of both death and resurrection, and both must be stressed. But the resurrection to new life it incorporates is a resurrection to an ongoing state of crucifixion: I “have been” crucified means I “still am” crucified. Therefore, justification by faith must be understood first and foremost as a participatory crucifixion that is, paradoxically, life-giving (cf. 2 Cor 4:7-15). The one who exercises faith, and is there by crucified with Christ, is systauroo in Gal 2:19 – as in Rom 6:6), because he or she is animated by the resurrected Christ, who always remains for Paul (and the New Testament more generally) the crucified Christ (e.g., 1 Cor 2:2; cf. John 20:20, 27; Rev. 5:6). As Miroslav Volf says in commenting on this text, the self “is both ‘de-centered’ and ‘re-centered’ by one and the same process, by participating in the death and resurrection of Christ through faith and baptism…” Volf continutes: 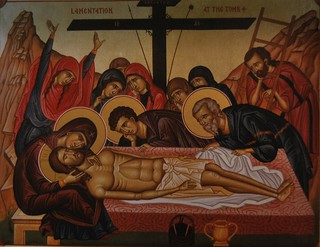 This understanding of faith as crucifixion is reinforced by Paul’s insistence that the believer’s experience (narrated representatively by Paul in first-person texts) is not only a death with Christ but also a death to the Law (Gal 2:19), to the world (Gal 6:14), and of the flesh (Gal 5:24). The mention of death of the flesh and to the world also demonstrates that Gal 2:15-21 should not be read only as a Jewish experience of liberation from the Law. Rather, every believer begins and continues his or her existence in Christ by co-crucifixion. Gal 2:19-21 suggests that co-crucifixion is both the way in and the way to stay in the convent. 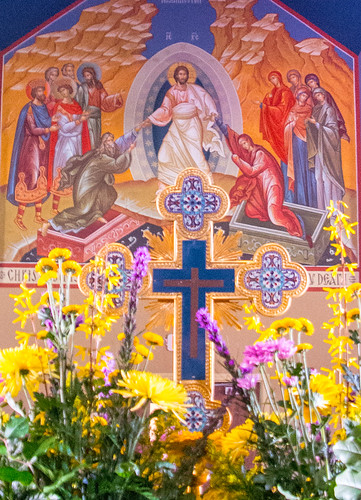 Once again, we must stress that it is the resurrected crucified Christ with whom believers are initially and continually crucified. This is important, both christologically and soteriologically, in two ways. First, as an experience of the risen or resurrected Christ, co-crucifixion is not merely a metaphor but an apt description of an encounter with a living person whose presence transforms and animates believers: “It is no longer I who live but Christ who lives in me. And the life I live, I live by the faithfulness of the Son of God, who loved me by giving himself for me.” As Douglas Campbell says, this is no mere imitatio Christi! For “God is not asking [believers]…to imitate Christ – perhaps an impossible task – so much as to inhabit or to indwell him,” such that “the Spirit of God is actively reshaping the Christian into the likeness of Christ.”