When Jesus had said these things, he departed and hid himself from them. Though he had done so many signs before them, they still did not believe in him…  (John 12:36-37) 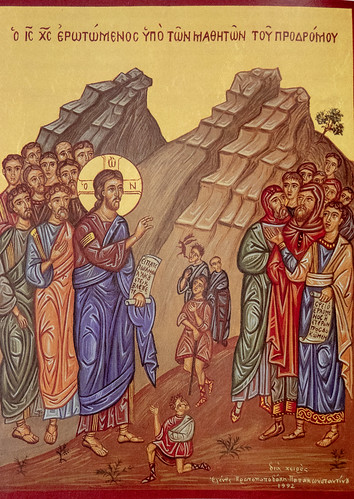 One of the most troubling aspects of humans is our ability to blind ourselves to truth, when we don’t want to see it, or don’t like it, or don’t agree with it.   Christ came and healed so many, and yet so many saw Him as a threat.  He gave them health, forgiveness of sins and even fed them, but they feared He was there to take things away from them.  He even died for us – like a sheep led to the slaughter – but others saw Him as a threat who had to be destroyed.  Orthodox theologian Georges A. Barrios commenting on a prophecy from Isaiah writes:

God’s prophetic warnings are a blessing to those who are disposed to receive them and repent. Otherwise they are a cures, inasmuch as the unrepentant sinner, by rejecting God’s appeal, is ipso facto, confirmed in his own blindness and obstinacy.”  (The Face of Christ in the Old Testament, p. 167) 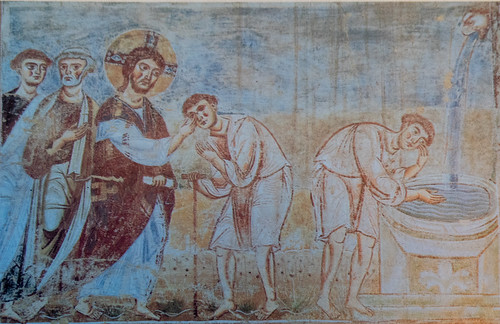 The prophets give us fair warning about what God is going to do, but when we refuse to believe God’s love we reject both God’s prophecy and God’s promises.  We condemn ourselves to darkness and then curse the darkness.

And this is the judgment, that the light has come into the world, and men loved darkness rather than light, because their deeds were evil. For every one who does evil hates the light, and does not come to the light, lest his deeds should be exposed. But he who does what is true comes to the light, that it may be clearly seen that his deeds have been wrought in God.  (John 3:19-21)