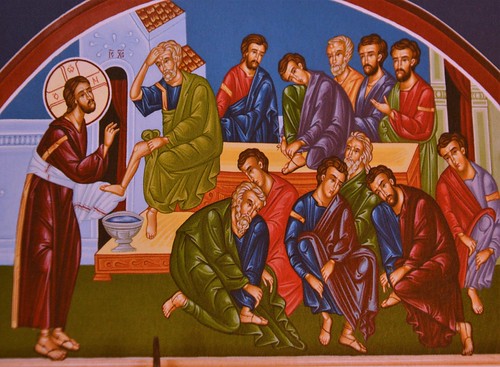 We consider Jesus Christ to be our Lord, God and Savior.  Yet, Jesus also came as a servant – certainly some ancient prayers from the early Church speak to God as Father about “Your servant, Jesus.”   And Jesus both declared Himself to be a servant and demonstrated He was a servant in the washing of His disciples’ feet.

You call me Teacher and Lord; and you are right, for so I am. If I then, your Lord and Teacher, have washed your feet, you also ought to wash one another’s feet. For I have given you an example, that you also should do as I have done to you.   (John 13:13-15)

Jesus comes as a servant.   He behaves like a servant and tells us in this we are to imitate Him as servants of one another.  He never tells us that we are to lord it over anyone.

But Jesus called them to him and said, “You know that the rulers of the Gentiles lord it over them, and their great men exercise authority over them. It shall not be so among you; but whoever would be great among you must be your servant, and whoever would be first among you must be your slave; even as the Son of man came not to be served but to serve, and to give his life as a ransom for many.”   (Matthew 20:25-28)

Was he tempted to use His power to feed the crowds in order to make them indebted to Him or so that they would have to cower before Him?   The crowd apparently was so enamored with Him – but Jesus fled this scenario:

Perceiving then that they were about to come and take him by force to make him king, Jesus withdrew again to the mountain by himself.    (John 6:15)

Was he tempted to gain popularity by doing miracles to win admiration and to inspire awe?   The crowd was apparently tempting Him with this kind of power, but Jesus rejected it.

Was he tempted to subject people to His authority as a mighty king?  Certainly during the crucifixion he was taunted with a claim of being the King of Israel.  The people said they would believe in Him if He proved He was king:

“He saved others; he cannot save himself. He is the King of Israel; let him come down now from the cross, and we will believe in him.”    (Matthew 27:42) 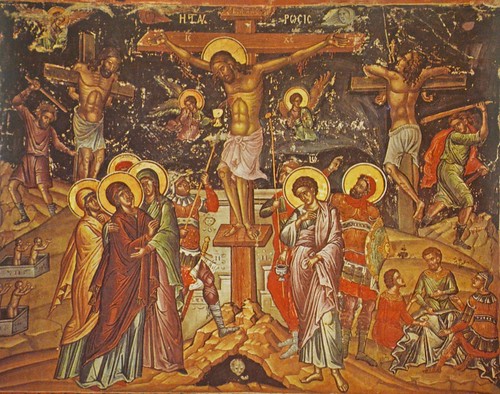 And though Christ came that all might believe in Him, He does not come down from the cross to claim authority over these people or demand that they cringe before Him.

He told His disciples at His arrest, that He had the ability to appeal for power from on high, yet He chose not to do so:

Do you think that I cannot appeal to my Father, and he will at once send me more than twelve legions of angels?    (Matthew 26:53)

Was he tempted to keep others in obedience to Himself by threats of force or bribes of food?  Again, it seems to have happened on several occasions:

The Pharisees came and began to argue with him, seeking from him a sign from heaven, to test him. And he sighed deeply in his spirit, and said, “Why does this generation seek a sign? Truly, I say to you, no sign shall be given to this generation.”  (Mark 8:11-12) 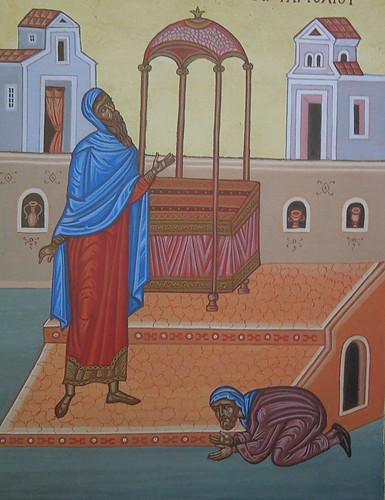