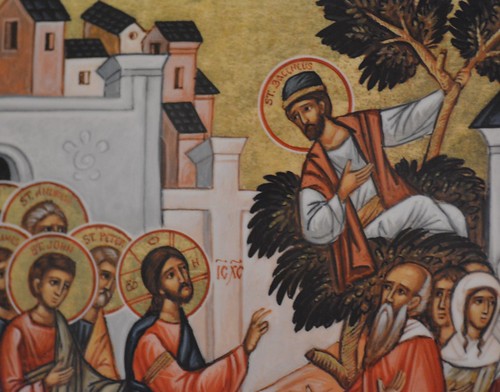 The Lord had said to the Pharisees, “But rather give alms of such things as ye have; and behold, all things are clean unto you” (Luke 11:41). So now, showing His approval of such actions and finding in them a defense against those who murmured against Him, He says, “This day is salvation come to this house, forsomuch as Zacchaeus also is a son of Abraham” (Luke 19:9), as he has now become faithful, righteous, hospitable and a lover of the poor. “For the Son of man is come to seek and to save that which was lost” (Luke 19:10). 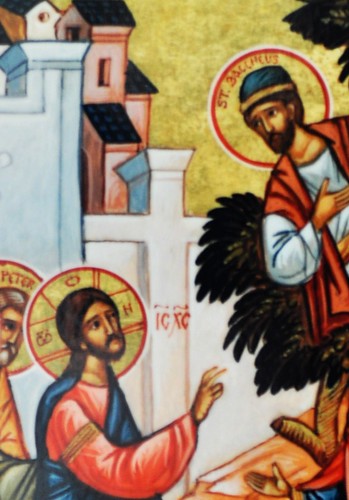 He was actually saying to the fault-finders, “I went in to be the guest of a sinner, but in order to transform and save him, showing him to be a lover of God instead of a lover of money, just instead of unjust, welcoming instead of inhospitable, and merciful instead of unsympathetic, such as you can see him becoming even now.” Do you see how Zacchaeus loved and sought, and was loved, summoned and made Christ’s own?