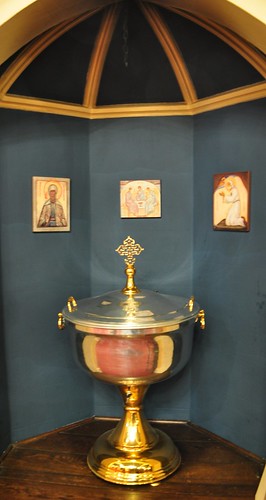 Do you not know that all of us who have been baptized into Christ Jesus were baptized into his death? We were buried therefore with him by baptism into death, so that as Christ was raised from the dead by the glory of the Father, we too might walk in newness of life. For if we have been united with him in a death like his, we shall certainly be united with him in a resurrection like his. We know that our old self was crucified with him so that the sinful body might be destroyed, and we might no longer be enslaved to sin. For he who has died is freed from sin. But if we have died with Christ, we believe that we shall also live with him. For we know that Christ being raised from the dead will never die again; death no longer has dominion over him. The death he died he died to sin, once for all, but the life he lives he lives to God. So you also must consider yourselves dead to sin and alive to God in Christ Jesus.  (Romans 6:3-11) 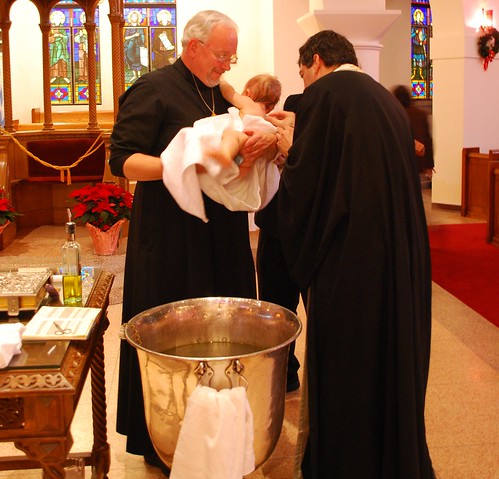 St. Cyril of Jerusalem comments on being baptized into Christ:

O strange and incredible thing! We did not really die, we were not really buried, we were not really crucified and raised; our imitation was in an image, but our salvation was real. Christ was truly crucified, and buried and raised up, and all these things he graciously gave to us, so that by imitation of his passion we might gain participation in salvation in reality. O surpassing love of humanity! Christ received the nails in his pure hands and suffered, and to me grants salvation without my suffering and pain, through sharing [his suffering]. (Lectures on the Christian Sacraments, p. 101)

Baptisms in the early church were done on Lazarus Saturday or Holy Saturday, having used Lent as a time of preparation for baptism – studying God’s Word and through fasting and prayer opening the heart of the candidates to God’s saving action in the world. Baptism was called illumination, and all the candidates were given candles to hold as symbols of their new life in Christ.  St Macarius the Great writes:

“As many torches and burning lamps are lit from a fire, though the lamps and torches are lit and shine from one nature, so too is it that Christians are enkindled and shine from one nature; the divine fire, the Son of God, and they have their lamps burning in their hearts, and they shine before him while they live on earth, just as he did. This is what it means when it says: ‘So God has anointed you with the oil of gladness’” (Ps 45.7). (Illumined in the Spirit, p. 86)

Christ is risen!  Truly, He is risen!