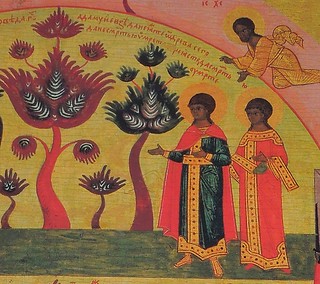 “‘Paradise is the love of God, wherein is the enjoyment of all blessedness, and there the blessed Paul partook of supernatural nourishment. When he tasted there of the tree of life, he cried out, saying “Eye hath not seen, nor ear heard, neither have entered into the heart of man, the things which God hath prepared for them that love Him.” Adam was barred from this tree through the devil’s counsel. The tree of life is the love of God from which Adam fell away…When we find love, we partake of heavenly bread…The heavenly bread is Christ, Who came down from Heaven and gave life to the world..Therefore the man who lives in love reaps life from God, and while yet in this world, he even now breathes the air of the resurrection; in this air the righteous will delight in the resurrection. 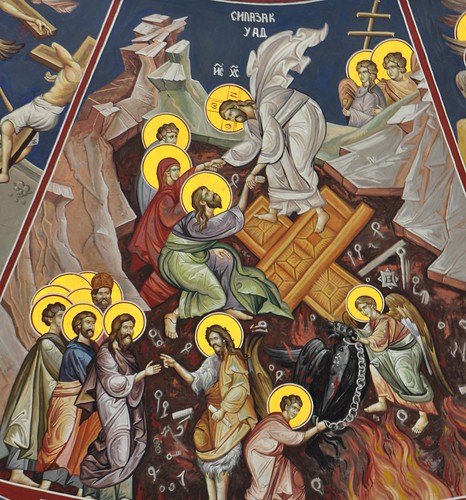 The torment of gehenna, in Isaac’s vision, is constituted by a human person’s inability to participate in the love of God. This does not mean that sinners in gehenna are deprived of the love of God. On the contrary, this love is given to everyone equally, both to the righteous and to sinners. But for the former it becomes a source of delight and blessedness in paradise; for the latter it is a source of torment:

I also maintain that those who are punished in Gehenna are scourged by the scourge of love. Nay, what is so bitter and vehement as the torment of love? I mean that those who have become conscious that they have sinned against love suffer greater torment from this than from any fear of punishment. For the sorrow caused in the heart by sin against love is more poignant than any torment. It would be improper for a man to think that sinners in Gehenna are deprived of the love of God. Love is the offspring of knowledge of the truth which, as is commonly confessed, is given to all. The power of love works in two ways. It torments sinners, even as happens here when a friend suffers from a friend. But it becomes a source of joy for those who have observed its duties. Thus I say that this is the torment of Gehenna: bitter regret. But love inebriates the souls of the sons of Heaven by its delectability.”