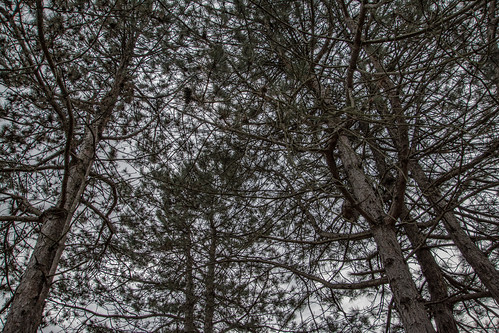 A barber was passing under a haunted tree when he heard a voice say, ‘Would you like to have the seven jars of gold?’  He looked around and saw no one.  But his greed was aroused, so he shouted eagerly, ‘Yes, I certainly would.’  ‘Then go home at once,’ said the voice.  ‘You will find them there.’ 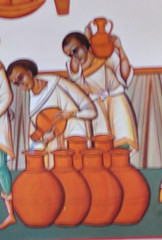 The barber ran all the way home.  Sure enough, there were the seven jars–all full of gold, except for one that was only half full.  Now the barber could not bear the thought of having a half-filled jar.  He felt a violent urge to fill it or he simply would not be happy.

So he had all the jewelry of his family melted into coins and poured them into the half-filled jar.  But the jar remained as half-filled as before.  This was exasperating! He saved and skimped and starved himself and his family.  To no avail.  No matter how much gold he put into the jar it remained half-filled.

So one day he begged the king to increase his salary.  His salary was doubled.  Again the fight to fill the jar was on.  He even took to begging.  The jar devoured every gold coin thrown into it but remained stubbornly half filled.

The king now noticed how starved the barber looked.  ‘What is wrong with you?’ he asked.  ‘You were so happy and contented when your salary was smaller.  Now it has been doubled and you are so worn out and dejected.  Can it be that you have the seven jars of gold with you?’

The barber was astonished, ‘Who told you this, Your Majesty?’ he asked.

The king laughed.  ‘But these are the obvious symptoms of the person to whom the ghost has given the seven jars.  He once offered them to me.  When I asked if this money could be spent or was merely to be hoarded he vanished without a word.  That money cannot be spent.  It only brings with it the compulsion to hoard.  Go and give it back to the ghost this minute and you will be happy again.’