And finally, those who received His teaching were confirmed in the hope that He gave them, thanks to His sealing His words to them with His very own blood. Through His death and resurrection He confirmed the twelve men who had been chosen, through the foreknowledge of God, out of the entire race of Adam for this ministry. 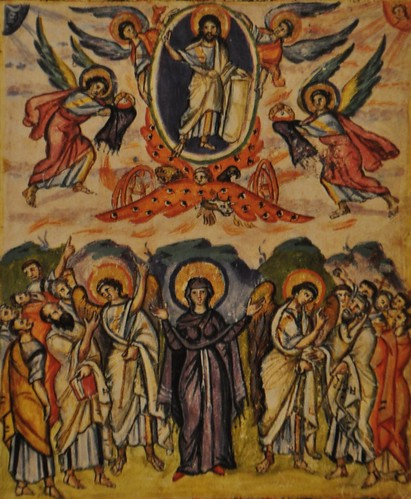 Then, amid ineffable splendour (the Father) raised Him to Himself to heaven, to that place which no created being had trod, but whither He had, through His own (action), invited all rational beings, angels, and human beings, to that blessed Entry, in order to delight in the divine light in which was clothed that Man who is filled with all that is holy, who is now with God in ineffable honor and splendor. (St Isaac of Nineveh, Isaac of Nineveh, p. 61)