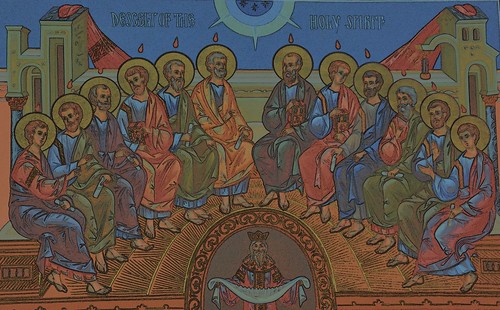 Christ has been called a “fire-starter.” He came “to baptize with the Holy Spirit and with fire” (Mt. 3:11; Lk 3:16). He once said: I came to cast fire upon the earth; and how I wish it were already kindled” (Lk. 12:29). On the day of Pentecost, the fullest moment of divine revelation, the Holy Spirit was poured out on Jesus’ followers. Divine grace came to rest on them like “tongues of fire” (Acts 2:3). Christianity began as a spiritual movement through baptism by divine fire. 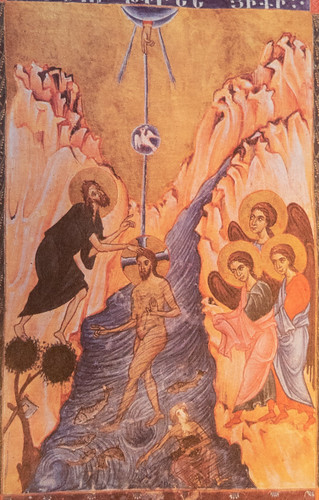 What is the Orthodox way of life? How can we live it with full awareness? . . . the essence of the Orthodox Tradition is the life of the Holy Spirit in the Church.   Authentic Orthodoxy, not as an abstraction but as reality, is not merely a religion of rituals, rules and regulations, but the personal self-disclosure of the living God, His self-giving to us in love.

When the Day of Pentecost had fully come, they were all with one accord in one place. And suddenly there came a sound from heaven, as of a rushing mighty wind, and it filled the whole house where they were sitting. Then there appeared to them divided tongues, as of fire, and one sat upon each of them. And they were all filled with the Holy Spirit and began to speak with other tongues, as the Spirit gave them utterance. And there were dwelling in Jerusalem Jews, devout men, from every nation under heaven. And when this sound occurred, the multitude came together, and were confused, because everyone heard them speak in his own language. Then they were all amazed and marveled, saying to one another, “Look, are not all these who speak Galileans? And how is it that we hear, each in our own language in which we were born?

Parthians and Medes and Elamites, those dwelling in Mesopotamia, Judea and Cappadocia, Pontus and Asia, Phrygia and Pamphylia, Egypt and the parts of Libya adjoining Cyrene, visitors from Rome, both Jews and proselytes, Cretans and Arabs – we hear them speaking in our own tongues the wonderful works of God.”