Wretched man that I am! Who will deliver me from this body of death?   (Romans 7:24) 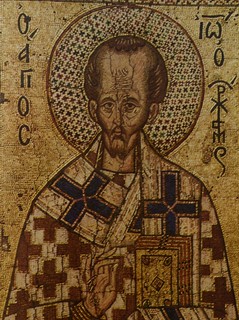 St. John Chrysostom was forever a moralist.  He believed strongly in human free will and that we had the ability to choose the good.   As he saw it, death – that last and great enemy of humanity – is really not so bad because death may end our lives but it doesn’t hinder us from being virtuous while we are alive.  If we want to be virtuous we can be and nothing on earth can stop us from choosing the good or doing the next right thing.

Where now are those who accuse death, and say that this passible and corruptible body is for them an impediment to virtue? Let them listen to Paul’s virtuous acts and cease from this wicked slander. For what harm has death caused the human race? What impediment has corruptibility caused to virtue? Consider Paul, and you will see that our being mortal brings us the greatest benefits. For if he were not mortal, then he would not have been able to say, or, rather, would not have been able to demonstrate what he said through his deeds, that, “every single day I die, by the boast about you which I have in Christ Jesus” (1 Cor 15:31). 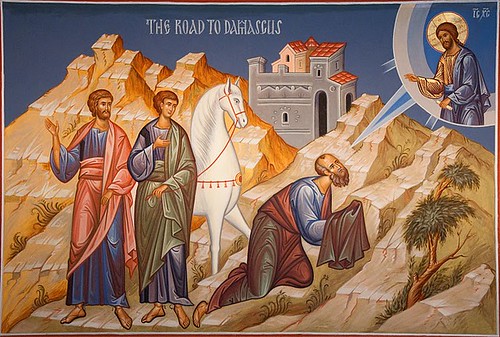 For everywhere we just need a soul and the desire to act, and there will be nothing to hinder our being placed in the front ranks. Was not this man, Paul, mortal? Was he not unskilled? Was he not poor and earning his bread from daily labor? Did he not have a body endowed with all the constraints of nature? Then what prevented him from becoming such a man as he was? Nothing. Therefore let no one be disheartened to be poor, let no one be displeased to be unskilled, nor suffer pain for being among the lowest ranks, but only those who have a weakened soul and enfeebled mind. For this alone is a hindrance to virtue – wickedness of soul and weakness of purpose – and apart from this there is no other obstacle.   (The Heavenly Trumpet, p. 468) 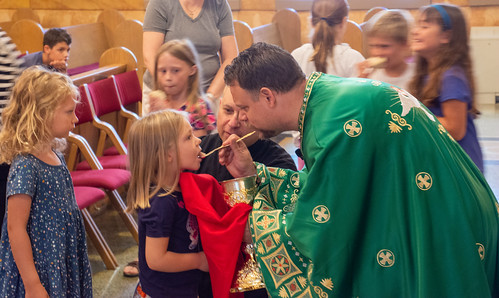 Thus, we don’t need to fear death for as long as we live and have the desire to be virtuous, death is no impediment to our choosing  to be holy and to do the good.  Neither are we somehow predestined to sin because we have a body.  We experience temptations and sin in and through our bodies, but that does not mean the body is naturally evil.  For God became incarnate to unite us bodily to divinity.  It is through our bodies that we become united to Christ in baptism and in the Eucharist.