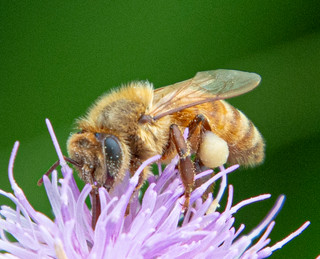 I have posted several accounts about bees through the years, noting how bees are kept in high regard by many spiritual writers in the Orthodox tradition  (see for example:

The Blessing of the Bees

How Sweet It Is to Bee 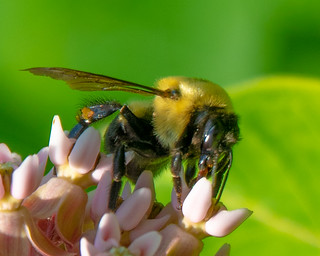 “Let your works form as it were a honeycomb of sweetness, for virginity deserves to be compared to bees, being so industrious, so modest, so self-controlled.  The bee feeds on dew, it knows no marriage bed, it forms honey.  The dew of the virgin is the divine utterance – because the words of God descend like dew.   ….  Daughter, how I wish you to be an imitator of this little bee whose food is the flower, whose offspring is gathered by mouth and formed by mouth.  Imitate it, daughter.”  (St Ambrose of Milan (d. 397AD), EARLY CHRISTIAN SPIRITUALITY, pp 93-94) 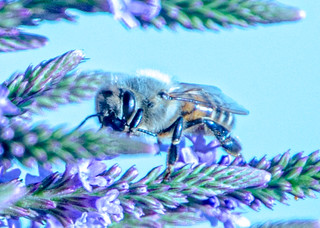 Bees are used as models of virtue, inspiring us to good behavior.  They are used to teach about the spiritual life, sometimes allegorized to make specific points to help us understand the world as Christians.  They are used to explain the mysteries of God’s own activity in our lives.  Usually it is the honey bee (apis mellifera)  that is being mentioned in these Orthodox writings, but my posts have photos of all kinds of bees, just because I like the bees in general.   The honey bee has been domesticated by humans since the time of the Egyptian Pharaohs.  It is the only insect I know for which there are specific Orthodox prayers asking God to bless them and their hives. 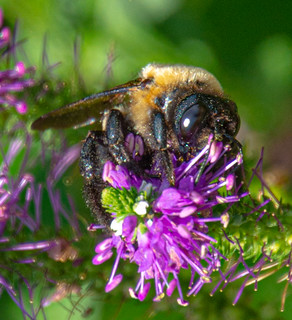 The brother inquired again, “Tell me about constancy in God, my father.” Abba Macarius said to him, “It is like the honeybee flying in the midst of the green plants and the flowers of the field, sucking honey until it fills its hive with what it has gathered: unless someone smokes out the hive, it cannot be robbed of its sweetness.” The brother said to him, “What is the smoke and what is the sweetness, my father?” The old man said to him, “Acts of fornication and defilements and abominations and pollutions and envious thoughts and hatreds and vain imaginings and the remaining pleasures: these are the smoke. The flowers on the other hand are the virtues; 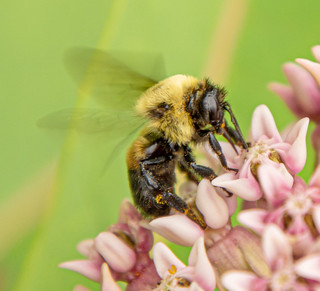 the bee is the worship of God; the hive is the heart; the sweetness itself is our Lord Jesus Christ. Therefore, the person who shows constancy and who fills his soul with all the virtues and with all purity is the one who demonstrates constancy in God. Go, my child.”   (St. Macarius The Spirit Bearer: Coptic Texts Relating To Saint Macarius, Kindle Location 2409-2418) 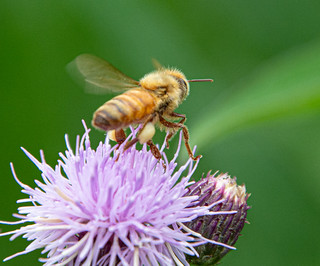 A Syrian monk of the 4th Century writes:

“Like a bee that secretly fashions its comb in the hive, so also grace secretly forms in hearts its own love.  It changes to sweetness what is bitter, what is rough into that which is smooth.”  (PSEUDO-MACARIUS: THE FIFTY SPIRITUAL HOMILIES, p 132) 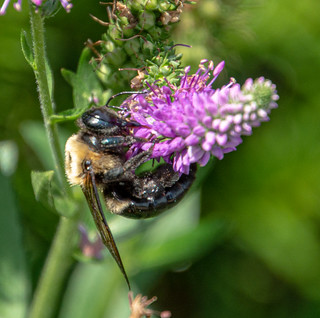 “Look at the bee, how diligently it labors!  It gives of itself without reserve, unsparingly.  The lifespan of a bee is a month and a half at the most.  It often dies working without going back to its home, the hive.  And we?  How we pity ourselves and spare ourselves!  . . .  we give up immediately if things do not go the way we want them to!”  (Elder Thaddeus, OUR THOUGHTS DETERMINE OUR LIVES, p 90) 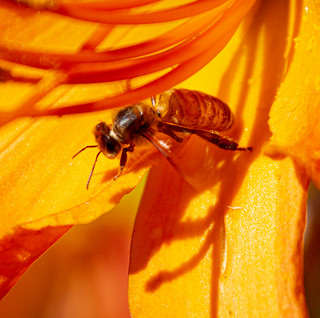 You can find other of my bee photos at https://www.flickr.com/photos/frted/        Search for bees or bee and click on Search Photos. 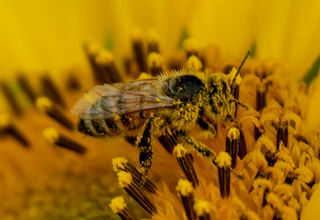