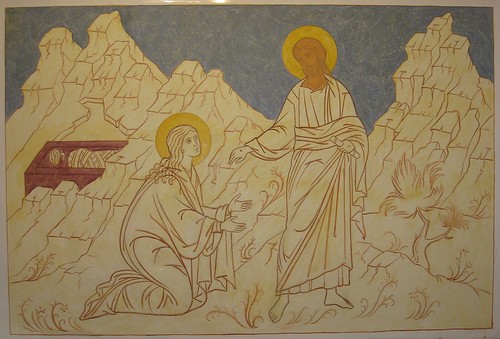 Mark 16:9-20 presents to us an interesting dilemma to consider.  Are unbelievers condemned for all eternity?    The text begins:

Now when Jesus rose early on the first day of the week, he appeared first to Mary Magdalene, from whom he had cast out seven demons. She went and told those who had been with him, as they mourned and wept. But when they heard that he was alive and had been seen by her, they would not believe it. After this he appeared in another form to two of them, as they were walking into the country. And they went back and told the rest, but they did not believe them.

The text indicates that the eleven remaining Apostles are twice told that Jesus has risen from the dead.  First Mary Magdalene, who in this text of Mark’s Gospel is the very first person to hear the Gospel of the resurrection, directly encounters the Risen Lord Himself.   She goes and tells the Apostles, but they refuse to believe.  Then two others encounter the Risen Christ and they too go to the Apostles to tell them that Jesus is alive.  Again the Apostles refuse to believe. What happens next is that Jesus Himself appears to the eleven Apostles:

Afterward he appeared to the eleven themselves as they sat at table; and he upbraided them for their unbelief and hardness of heart, because they had not believed those who saw him after he had risen.

Jesus chastises them for their unbelief – the Apostles had not believed the witness of those three people who had talked with Him after He had risen.  The Apostles were not a people unprepared for the Good News – they had spent the previous three years in intense personal training under the tutelage of our Lord, God and Savior Jesus Christ.  They were the most prepared people in the entire world to hear the Gospel, and yet they didn’t believe the Good News. 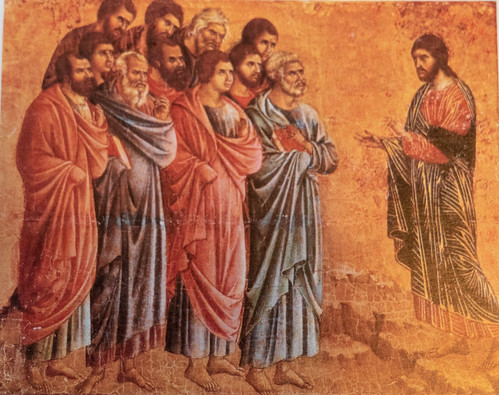 And he said to them, “Go into all the world and preach the gospel to the whole creation. He who believes and is baptized will be saved; but he who does not believe will be condemned.

Now, comes the dilemma.  Jesus says those who do “not believe will be condemned.”  The Apostles themselves did not believe.  So do they stand condemned?   Their repentance for initially not believing is not recorded.  They eventually do go into the world and do as Jesus commands.  Their initial unbelief is not held against them.

And these signs will accompany those who believe: in my name they will cast out demons; they will speak in new tongues; they will pick up serpents, and if they drink any deadly thing, it will not hurt them; they will lay their hands on the sick, and they will recover.”   So then the Lord Jesus, after he had spoken to them, was taken up into heaven, and sat down at the right hand of God. And they went forth and preached everywhere, while the Lord worked with them and confirmed the message by the signs that attended it. Amen.

The Apostles who were hand-picked and discipled for three years by the Lord Jesus Himself, did not believe the Gospel when they first heard it proclaimed.  They even heard it twice and still disbelieved.  It is only when Jesus appears to them directly and upbraided them that they apparently believed.  They did not remain condemned forever despite twice disbelieving the Gospel proclaimed to them. 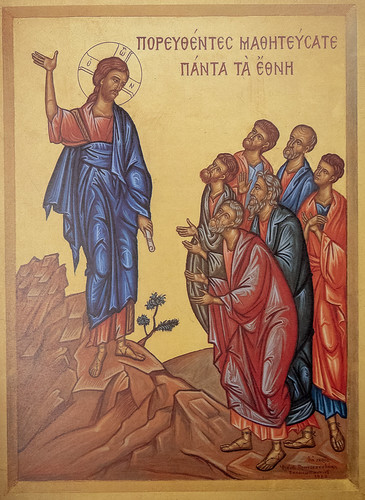 This is a great message of hope for the world that Jesus’ first reaction to disbelief will not be eternal condemnation, but a tongue lashing from the Lord.  If His hand-chosen disciples after three years of living with Jesus did not believe the message of the resurrection when they heard it proclaimed, perhaps it is reasonable that others who never met Jesus also disbelieve us and the Gospel.  Maybe they all will be given the same chance as the Apostles – to personally encounter the Risen Lord before any judgment or condemnation is actually pronounced.  The Apostles were shown great mercy despite failing after all the advantages they had by being personally trained by Jesus.  We can hope that Christ will be even more merciful to those who never met Him, let alone being discipled by Him, and who disbelieve. 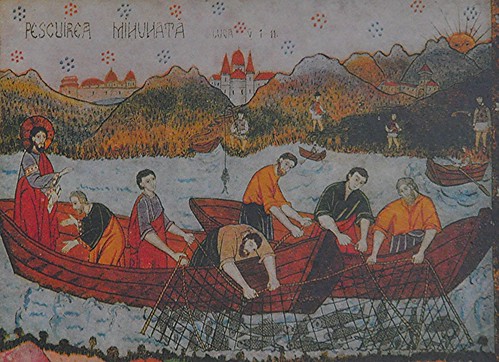 When the Apostles heard the Good News, they were not people who had never heard of Jesus or the Gospel.  They were the best trained Christians on the planet, and yet they disbelieved.  Jesus still chose patience and mercy toward them.  Giving them power and opportunity to serve Him.